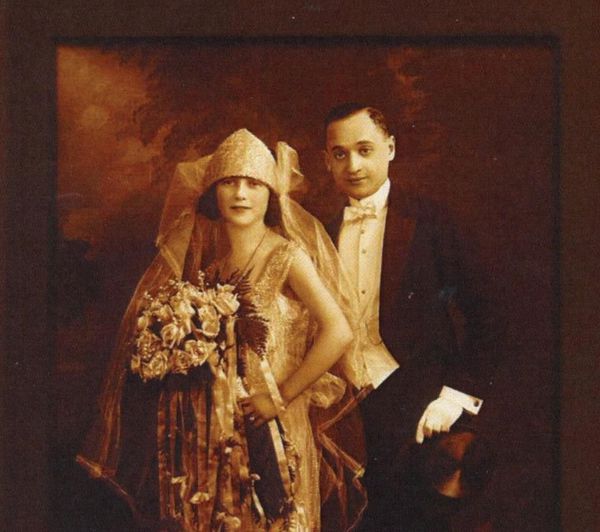 A tribute to Grandma Ree

As a child, whenever I asked my Grandma Ree how old she was, her response was always, "21 plus." Even when her youngest grandchild turned 21, she stuck to her guns and never revealed her age. To her, age was a state of mind and in spite of some tough times she always remained positive. When I think of the influences in my life she was constant, strong role model.

My paternal grandmother, Rebecca Kronenberg Lackowitz came to America (and Brooklyn) from Poland at the age of two with her mother and baby sister to join her father who had come the year before to pave their way. Before kindergarten her mother went blind so she learned to take care of her family. At 17, she married my grandfather, Irving, who upon meeting her decided that Rebecca was too long a name for such a petite woman so he began to call her Ree, the name that she was known by for the rest of her life.

My grandfather also gave my grandma the birthday she celebrated her entire adult life because, all she knew was that she was born "after Hanukkah and it was snowing." Ever resourceful, when my grandfather was hospitalized in the 1950s, she pawned her diamond ring to pay for his care (which my grandfather retrieved once he was released).

She was widowed at 50 and buried her two sons when they were 50, yet she kept living a full life. Always surrounded by friends and her family, she never complained, instead she found ways to enrich her life and the lives of those around her.

My grandmother lived down the street from me so growing up I saw her almost daily. When I was a teenager and young adult it was not uncommon for my friends and the other neighborhood teens to drive my grandmother to one errand or another just because they too enjoyed listening to her advice and worldview (she read all the local newspapers daily, listened to talk radio and watched the television news religiously). So much of her timeliness and often humorous advice I have passed on to my own daughter. For all this and so much more she remains a person I admire and strive to emulate.