Forever In Our Hearts

PLEASE ADD YOUR THOUGHTS, condolences, memories and love on the OVERVIEW PAGE below Stella's photo. You can also leave memories and thoughts in LIFESTORY, LIFEQ's and LIFETIMELINE sections. 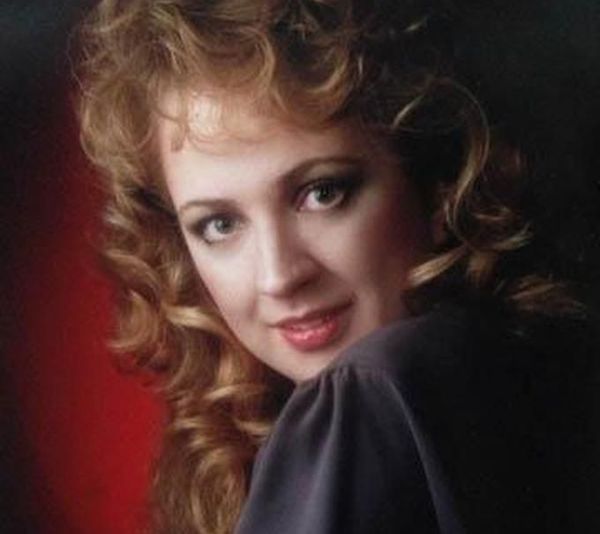 The Life and Times….

Stella was born in Birmingham, England on April 15th, 1958. A roly-poly 8.75 lb baby girl who was always in trouble. She was a naughty, determined, stubborn, independent and adventurous child who didn't understand the word NO. Mother would remove her from whatever she was doing wrong but Stella would bee-line right back to it, every single time. Mom would try to distract her but Stella couldn't care less because she only wanted what she wanted and that was that! She grew up and walked with me, her sister, every day to Lakey Lane public school. I remember one morning, as we were heading to school on a misty morning, I heard someone yelling behind us and turned around to see my mom running through the fog, frantically waving something over her head. Stella had forgotten to put on her underpants!

Our family moved to Canada when Stella was 10. She attended school in London, Ontario but school wasn't her favorite thing. She needed adventure and excitement and when the opportunity presented itself, she moved to Edmonton, Alberta, to work for a large oil conglomerate, Syncrude Oil. The salary was great but after a couple of years, bored with living a desolate life in the oil fields of the northern tundra, she ventured further west to join her sister in a place dubbed as: "The Last Frontier" or "The Klondike" and also better known as the Yukon, next door neighbor to Alaska.

Working in the tourism industry, as a tour guide in Whitehorse and Dawson City -- she dressed in turn-of-the-century vaudeville costumes, spinning yarns and telling stories of the Gold Rush whilst giving tours of the historic gold mining towns. She was a vivacious girl, bubbly, funny, full of life and always the center of attention. She loved meeting and being around people, a social butterfly no less, her days were fun-filled and exciting. She joined a community theater -- the Guild Hall Theater group in Whitehorse where she entertained audiences with generous doses of laughter to pass the dark days of winter. 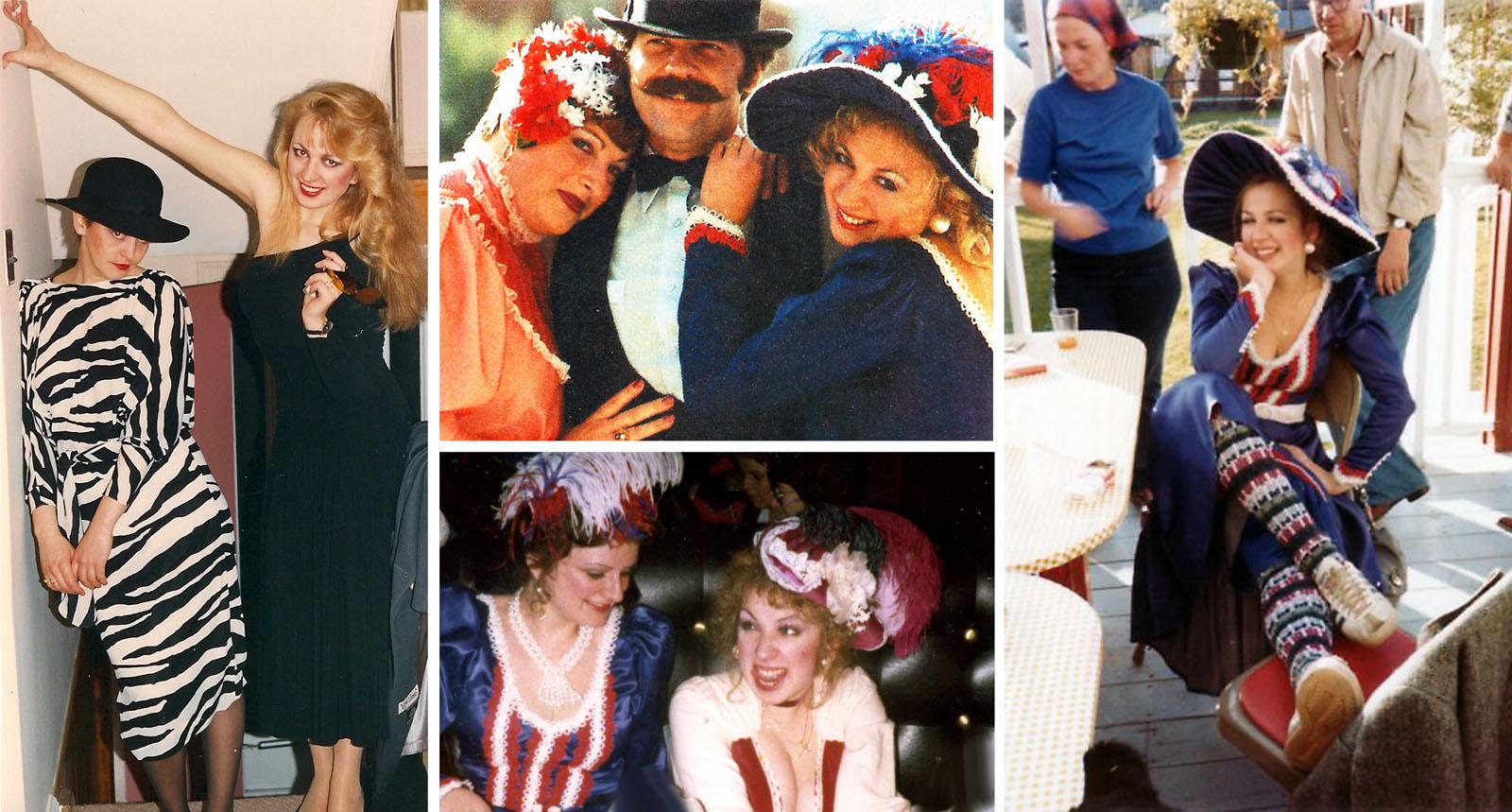 Stella began doing tours nationwide with a bus tour company, which took her to exotic locations such as St. Lucia in the British Virgin Islands and other luxurious vacation spots in the Bahamas. On her travels she met a Floridian -- Don Butler, who was a professional wrestler and body builder and who had real estate holdings and interests in the Bahamas. Don was planning to buy and develop a tiny island in the Bahamas and so they settled down and lived together in a unique round house in the Turks & Caicos Islands for a couple of years. Stella worked for Don's company but unfortunately the island purchase fell through, much to their dismay. Eventually, the isolation of island life became overwhelming, so they moved back to the mainland, to central Florida close to Don's parent's home. They had a small, private garden wedding and Don continued following other investments in the real estate business. Unfortunately things didn't work out between Stella and Don and they eventually parted ways.

A few years later, in 1996, she met an architect, Bill Zimmermann, at a New Years Eve party in Bradenton, Florida. It was love at first sight. Stella always said that she knew the moment she saw Bill, that they would be married. And so it was -- they tied the knot in a private little house ceremony. Stella went back to school to get her Masters degree in Science Education, pursued a career as an elementary school teacher, and soon thereafter, at age 42, gave birth to their daughter, Zoe. Stella continued teaching elementary school children for 13-1/2 years and was an active mother in the community. Along with her husband and daughter, they became involved in the performing arts and made many close friends. Stella completely dedicated herself to her family -- they traveled whenever possible and took many vacations -- Disney World and Cruises being their favorite places.

She had no idea that her life was about to change and that life as she knew it would be suddenly cut short by a terrible illness: "Pick's Disease." Life was never the same again.

In May 2013, Stella was evaluated by doctors and diagnosed with a hereditary illness known as Pick’s Disease, a disorder, somewhat related to Alzheimer’s.  Also renamed in recent years as FTD (Frontal Temporal Dementia). Pick's Disease is characterized by a slowly progressive deterioration of social skills and changes in personality which lead to impairment of intellect, memory and language. The most common symptoms at first included difficulty thinking or concentrating, then came the speech disturbances. Other symptoms included mood and personality changes, loss of inhibition and progressive dementia. There is no treatment for Pick's Disease and treatment is directed towards minimizing symptoms. The disease progresses steadily, rapidly and is fatal. Duration of this disease ranges from less than 2 years to more than 10 years.

People were not aware that Stella had been diagnosed with this debilitating disease. Some probably wondered why Stella had disappeared from public view, others may have noticed strange behaviors on her part like wearing shoes that didn't match. Work associates at Palm View Elementary had noticed her decline and how she became less and less involved in the community.

Until 2012, Stella was still teaching at Palm View Elementary but was forced to leave her job when she couldn’t keep her focus or lay out lesson plans; her speech became confused and papers were too difficult to read. Everyday decisions were getting harder, and some became impossible. Failure at work is often an early symptom of Pick's, and is caused by losing the ability to make good decisions. It causes loss of concentration and loss of social skills. Stella’s neurological symptoms started when she began exhibiting various behavioral symptoms. Essentially she lost her ‘filter’-- that built-in mechanism that keeps us all in check. She knew she was not normal. She knew her “disinhibition,” or lack of a “filter” were one of the hardest things to contend with. “I’ll blurt out anything to anybody, even to complete strangers.” she said. She was aware that insults sometimes flew out of her mouth uncontrollably but she couldn't stop herself. “People think I’m being rude but it’s just my feeble attempt at trying to be funny. I used to always have a great sense of humor and loved being witty but now it comes across as sarcasm and makes me sad that I can’t make people laugh any more.”

She was aware that she was stumbling over words and that words were beginning to fail her. “I can tell that my speech is just a constant babble. What comes out of my mouth doesn’t even make much sense to me at times” she said, nodding her head. She would try to get her points across but it would take a long time to grasp the right words and she found herself constantly repeating words or stuttering, which she never did before.

Her physical decline was fast. Walking became a chore and she needed a wheelchair. “My legs just won’t do what I want them to do” she said “it takes all my energy to keep my balance and shuffle from one place to another.”  Her fingers started to curl and she lost dexterity in both hands. “I loved scrapbooking but now it’s impossible. My body is shutting down.” Stella was very aware of how the physical symptoms would present significant and life-threatening changes over time.

“My personality is changing, and I'm acting differently around people. I don't feel like Stella anymore. I’ve always had a strong personality, but I'm beginning to notice that all of a sudden, I'm just not me any more.”

Everyday decisions were getting harder and some became impossible. Understanding the content of emails or balancing a checkbook became chores that her mind just couldn't comprehend. Watching TV was one of the few modes of entertainment she still enjoyed. She was devastated when she became unable to drive and had to be helped into the passenger seat of a vehicle.

“I'm a prisoner trapped inside my own brain.” she said one day. “I’m aware of everything going on around me but I can’t express myself the way I want to,” she sighed. I don’t know why or how my brain has gone wrong.”  She remained mostly emotionless most of the time. “I can’t even shed a tear,” she told friends and her laughter sounded forced. “I have this permanent grin stuck on my face, but I cannot smile naturally. I feel so ugly now.”

Even the simplest every day tasks became impossible. Brushing her own hair or putting on makeup were out of the question. She was grateful if someone took the time out to help her style her unruly mop or dab a little lip gloss or cheek blush on her face -- “Instant health” she called it… “Am I pretty now?” she would ask jokingly.

A declining capacity for empathy is common with Pick's Disease and Stella had lost most of her friends, who did not understand her decline. Another symptom, apathy, also made keeping personal relationships difficult for Stella.

She hoped her friends would some day learn about what had happened to her and understand that she wasn't purposely avoiding them. “I’m still aware of everything going on around me, I just react to things in a demented kind of way. I always joked that I was demented. Now I have D-E-M-E-N-T-I-A. I wish people understood that I'm not trying to push them away.”

There is no cure for Pick's Disease. It is untreatable, unstoppable and incurable.