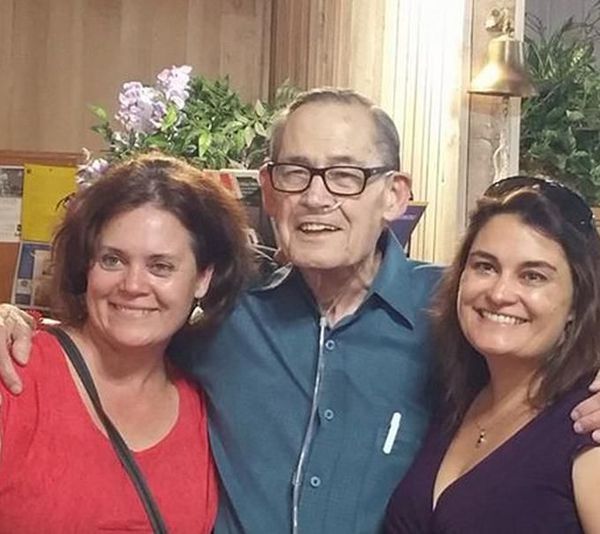 Stanley Clark, 86, died on Wed., July 20, 2016, in Altamonte Springs, Fl.. He is survived by daughters Carolyn Huff, Stacy Dennis, and Mary Perry; son-in-law Patrick Huff; sisters Edna Brown and Lida Russell; grandchildren Damon Dennis, Joshua Dennis, Katherine Dennis, and Jackson Huff; nephew Peter Clark and his wife Barbara Clark; niece Lisa Clark, great-nephew Andrew Clark; great-niece Keely Clark and her children Gabriela and Antwane; cousin Sterling Clark; and many more beloved nieces, nephews, and cousins. He's preceded in death by his wife, Margaret Inman Clark; his parents, Guy Clark and Anna Martin (Rodgers) Clark.; his brothers Marshall Clark, Hollis Clark, and Wesley Clark. Born in Boston, he grew up in and around Marblehead, Ma., and graduated from B.U. with a degree in Political Science. He was a veteran of the Korean War, and retired as a government contract analyst. He was a family man, a world traveler, and a good friend. He will be missed.

Stanley and I had a few conversations over the years mostly about family genealogy. The information he had astounded me. I kept thinking why am I doing this genealogy instead of him. He just never got into the computer age I guess, and what a shame as he had so much he could have contributed to the Clark/White Family Tree found on Ancestry.com. I'll certainly miss having him as a resource person, and as a dear cousin.

Sterling, I miss his family stories! There was hardly a time I saw him that he didn't have a story about the family to tell or re-tell. I've wondered several times about some family fact and think I have to call dad, and then I realize it's too late. All that information is not available to me anymore unless I can remember it or you know it! I hope to get up to Boston in the next year or so, and I hope I can see you.