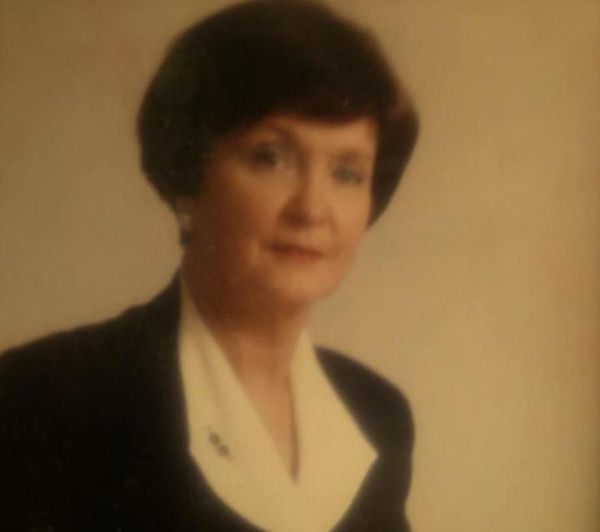 Prominent retired attorney from Texas who cherished her large family and was a huge fan of music, arts and sciences and traveled the world.

A native resident of Bay City, Texas and prominent retired lawyer, Timothy Ann Hardy Sloan DiNino died peacefully in her home on July 31, 2016 at the age of 79, surrounded by her five sons, siblings and close friends. Born on July 22, 1937 to Susie Lou Cunningham Hardy and retired State District Judge G.P. Hardy, Jr., she is preceded in death by her husband Vincent R. DiNino, Director Emeritus of Bands at the University of Texas at Austin, and Director Emeritus of the UT Longhorn Band and sister Patricia Sue Townsend.  She is survived by her five sons, David Michael Sloan, wife Dena Guisti, of Baytown, Texas; George Todd Sloan, wife Elizabeth, of Austin, Texas; Timothy Patrick Sloan, of Houston, Texas; Richard Geoffrey Sloan, Sr., wife Marianne Gordey, of Austin, Texas; and Matthew Hardy Sloan, and wife Crystal  Len, of Bay City.  She is also survived by her step-children, Dinah DiNino Rieves and husband, Mike; Carmen DiNino Alspach and husband Rick; step-grandson, Charlie Ward.  In addition, she is survived by her brother G.P. Hardy, III, wife Sandra McKenzie Hardy, of Victoria, Texas, sister Susie Lou Hardy Long, husband Robert Long, of Bay City, and sister Melinda Hardy Horn, of Stafford, Texas. She is also survived by 8 loving grandchildren, their spouses, and 5 great grandchildren, numerous cousins and other relatives who reside across the United States and extended family around the world.  She was married three times, first to David Walter Sloan, the father of their five sons, then Earl Vandorn Keene, and finally to Vincent R. DiNino.

Timothy was the oldest of five siblings and possessed a unique feature - one blue eye and one brown eye.  She graduated from Bay City High School with the Class of 1955 and her love of music and learning sustained and filled her heart.  Timothy attended the University of Texas at Austin where she began studying biology and chemistry, as well, she played clarinet in the UT Symphonic Band.  She received a bachelor's degree, cum laude, in Biology, English and Education from Midwestern State University in Wichita Falls, Texas, and later taught biology at Fulmore Junior High school in Austin Texas.  Beginning law school at the University of Texas School of Law, she transferred to the University of Missouri-Columbia School of Law and received a JD in 1971, as she was one of only six women in the graduating class.

Timothy obtained her Texas State law license while working with attorney Warren Burnet from Odessa, Texas, and worked with him in the representation of Caesar Chavez, Texas Farm Workers Union.  After  partnering with Richard C. Abalos of Odessa, Texas, she was employed with the Midland County District Attorney’s Office, and later served as the Administrative Assistant District Attorney in Fort Bend County, Texas. Desiring to return to her hometown of Bay CIty, she opened a law office with her brother and retired father.  She retired in 2013 after her son took over the law practice.

With 40+ years of professional legal experience, she attributed her early success as a trial lawyer to having a man's first name at a time when very few women were trial lawyers. She experienced great joy in helping her clients.  Timothy was a member of numerous legal Who's Who affiliations for dedication, leadership and excellence in legal services, was a member of the Matagorda County Bar Association, the State Bar of Texas, The Missouri Bar, the American Bar Association and disputed cases in both the Texas Supreme Court and the Supreme Court of the United States.  She also served to provide expert legal consultation to scholars and litigators of several foreign countries.  A highlight of her career was working with a team of criminal defense lawyers in 1981 in defending a prison inmate in a death penalty case involving the killing of a Texas prison warden and deputy and various violations of prisoners’ civil rights which led to the reform of the Texas prison system by the legislature.

Timothy’s life was fulfilled with love in her twilight years with the marriage of Vincent R. DiNino.  Her “darling boy” as she described him, was a charming and marvelous Italian gentleman.  Their courtship brought two people together who shared the love of the arts, music and a quest for companionship.  Vince often said how lucky he was to share his love with Timothy. In her honor, he created The Timothy Ann Sloan Scholarship for the Clarinet Section Leader for the UT Longhorn Band.

Timothy Ann rarely minced her words, she loved her family and never met a stranger.  She was a classic beautiful Texas lady with true grit and championed her causes to the end. She loved to travel the world, as she made friends everywhere she went. She loved her pets, and rarely was without a purring cat to cuddle with.  She will be remembered for her words of encouragement, and her open arms and willingness to help anyone.