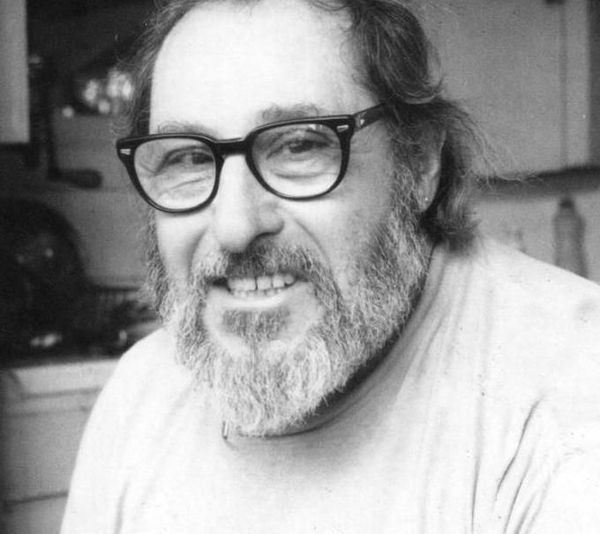 He was a true Bohemian, and self-proclaimed Jack-of-all-Trades!

Born in Chicago and raised in Hammond, Indiana. He told us he was the only Jewish boy on his block growing up. He cared for his aging grandparents as a child, was a scout, and he graduated from George Clark High School and became an Edson car salesman. He was enlisted in the Army as a Communications operator, and returned a Veteran of the Korean War. He said he had to climb up poles to lay communication lines for the troops, thus he was also known as a "target," or easy shot by the Enemy. We asked him what he was supposed to do if they did try to shoot, and he told us he was supposed to let go of the pole, and fall to the ground to escape gunfire! During his service he honorably volunteered to help bring in the deceased soldiers at the end of the day, as both sides called a truce to remove the dead, after battles. What bravery!

He Later moving to California, he worked as a Horse trainer and stunt-rider, in Hollywood.  He told us his job was to fall of horses during western movies. Due to injury he turned to his more creative side, and sold handmade leather sandals, belts, bags, and other goods. Soon after, he fell in love with an art student named Linda. They worked together in Hollywood in one of the original Head shops in Hollywood. Moving for a time, to Santa Cruz, then settling in the Russian River area of Sonoma County, for the next 40 years. We were raised, under the redwoods, and often went to the coast with our Dad. During his final years he moved to Piru, CA, to stay near Linda's family. He was a jeweler, a metal-smith, and dabbled in Glassworks, and landscaping.  He even took a few classes at Santa Rosa Junior College before he got and loved his his Forestry job with California State Park, as a District Supervisor at Fort Ross and Salt Point. He was a good neighbor and friend, he was generous with his jokes and his time! He volunteered at the Guerneville pre-school, at community dinners, and also for Meals-On-Wheels. He collected rocks, gems, and coins. He studied Bonsai, wrote poetry, doodled, loved cooking, stargazing, being outdoors, traveling, and swimming. He had a mean Sweet Tooth too!

As a spiritual being he taught us to cherish life and honor our connections with each other, and all living beings. He passed on to us his appreciation and fascination for all types of flora and fauna. Even in his earliest pictures, he can be seen with pet cats and dogs. Finally able to rejoin all his furfriends, especially Oso, his Akita Shepherd mix, that he called his Physical Therapist, and the first Mr. Cat. (We now live with Mr. Cat II, his last pet)

Now, free of his physical constraints he joins his wife Linda, and daughter Lucy. Survived by daughters C. S. , Antonina and her husband, Dustin Henderson. He is also survived by his sister Gayle Bolen who says he was the best big brother ever, and her family, who planted a tree in Israel in his honor. He has been cremated as requested. At a future date his ashes will be spread at sea with our mom's ashes too!

Wear bright colors on this special day and hold us all in your hearts at sunset. We will be heading out to the beach to watch the sunset, as he would have loved to do.

A heartfelt life long appreciation goes out to Dustin Henderson who has stepped up and been his main care-giver with us since 2010.

Special thanks to Maggie Ordaz, Debbie King, Michael Boka, Livingston Memorial Visiting Nurses Association, the staff at Santa Paula Hospital, and the crew of Fire Station 21, for your loving care and support. We could not have done this without any of you.