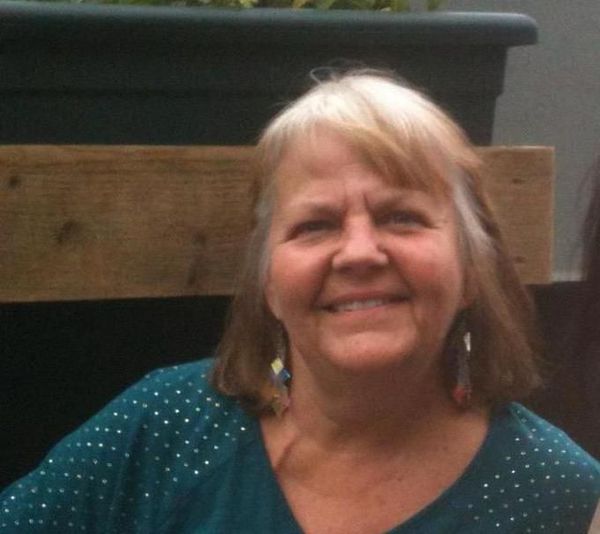 Marcia Miller passed away peacefully on Oct. 2, 2016. Although ill for over two years, she remained joyfully engaged with the world.  Just a few days before her death she danced down the hallways with a friend, walked in the garden with her daughters, and visited with family and friends. Marcia lived life on her own terms and in courageously deciding to forego further medical treatment, she was able to leave us with profound grace.

She raised two beautiful daughters, and her six grandchildren were her absolute joy. As her sisters and many friends know, she was loving, stubborn, funny... and on her own clock. Her primary legacy is the abundant light and love she gave everyone she met. We will miss her terribly!

Marcia was born on March 26, 1949 to Doris Schuster Miller and James F. Miller in Aurora, Illinois.  She was preceded in death by her parents and two infant sisters. She is survived by daughters Julianna Dreistadt (Adam Graham) and Erin Dreistadt (Jason Griffith); grandchildren Ian, Isabel, Natalie, Althea, Avery and Zinnia; and sisters Lynda Atherton and Bonnie Miller.

Marcia's professional life centered around promoting women's rights, human services, and access to health care. Governor Dick Celeste appointed Marcia Director of the Women's Division of the Ohio Bureau of Employment Services, where one of her many accomplishments included creating the Ohio Women's Hall of Fame. She became the Executive Director of the Ohio Primary Care Association and then moved to Seattle to become the Executive Director of the Northwest Regional Primary Care Association, where she forged new partnerships to increase health care access, for Native Americans, migrant workers, urban poor, and other medically underserved populations in Washington, Oregon, Idaho and Alaska. She also served as president of the Ohio Chapter of NOW.

Marcia’s grandchildren called her Abuelita (sometimes Bita for short) which means sweet-Grandmother-that-I-love in Spanish. She spent many treasured individual days with her eldest grandkids, Ian (“I want to play board games with you”) and Isabel (“Please get me away from the little kids, Bita!”). She founded The Middle Kids Club and at the time of her death she served as the president.  Other members included granddaughters Natalie and Althea.  She was also the consultant to the President of The Little Kids Club, whose founding members included her younger sister Bonnie and granddaughters Avery and Zinnia.

Marcia loved nature, was an avid gardener and enjoyed the last year of her life living with her daughter and family on their farm. She loved reading, hiking, and spending a week each year at Hood Canal with several of her closest friends.

In lieu of flowers the family would appreciate donations, in Marcia's honor, to the Carousel of Happiness, http://www.carouselofhappiness.org or Beatrice Hover Assisted Living 1380 Charles Drive, Longmont, CO 80503.

Besides her family, what Marcia will miss the most is seeing the first female president of the United States.