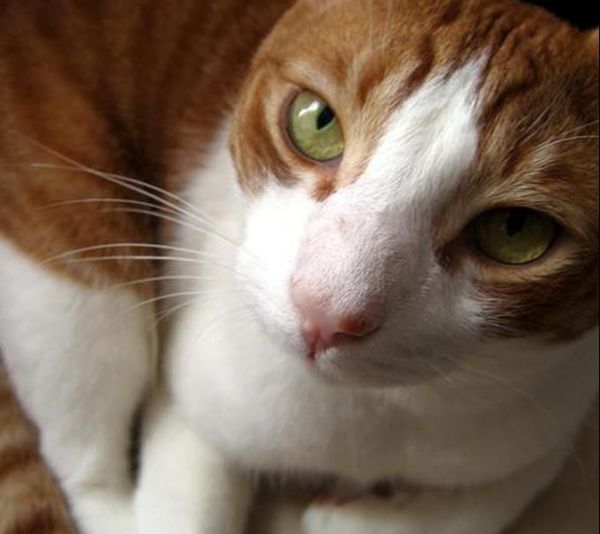 I got Murphy at an ASPCA in Springfield, MA, in the fall of 2002. My roommate and I had been looking at all the kittens in their individual cages, and she was in love with each of them. There was a separate room where cats could hang out freely, with lots of toys and things to climb around on. We went into the room, and there were about four cats in there: three black and white kittens, and this white and orange one, who looked older, but was still fairly small, but long. I sat down to pet a black one, and Murphy -- then known as "Bazooka Stu," a name I probably should have kept, as it suited him better -- came over to me, stretched up against my legs, jumped onto my lap, and adopted me.

Ultimately, he led a short, but pretty full life (for a cat, anyway).

At first, his main life goal was to eat my hair in the middle of the night. It was long at the time, so I tied it into braids and wore a hooded sweatshirt to bed for months to combat that. Somehow that confused and distracted him, and I was, by summer, able to sleep with hair flowing free.

Along the same lines, he was also very interested in killing things: cat toys of any kind, the occassional NYC cockroach, terrifying rays of sunshine, or our other cat, Latke, who we picked up a few years later from a Borough Park backyard when she was a kitten. He wasn't an efficient killer -- most disappointing to me was the way he toyed with those roaches instead of immediaetly annihilating them. But he got points for trying, I suppose. 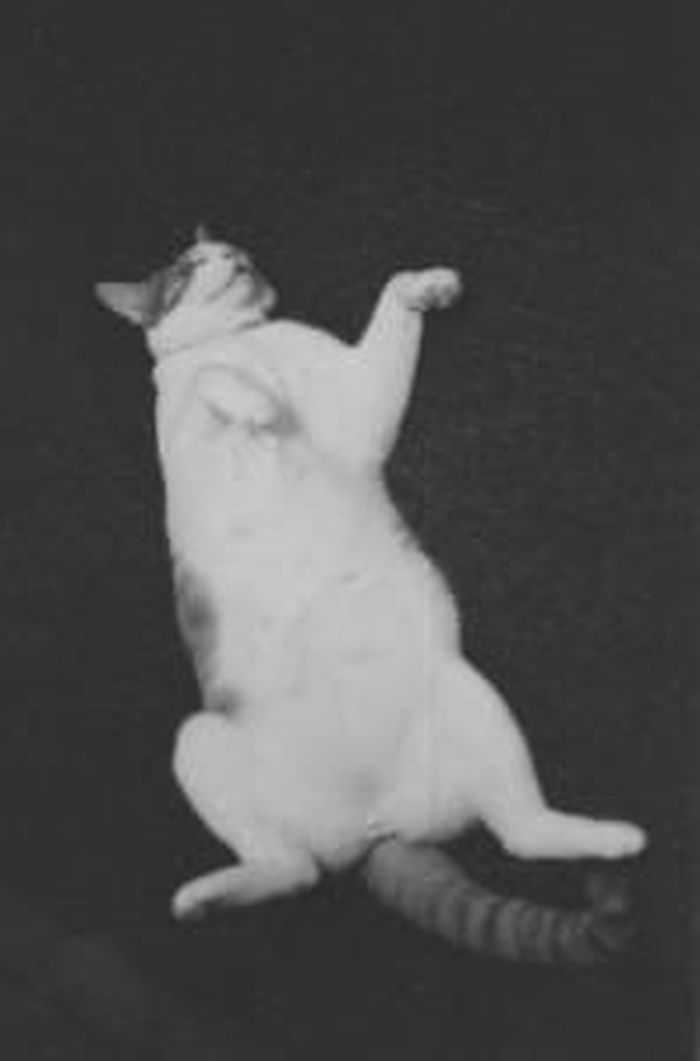 He was, however, pretty advanced at throwing welcome-home parties. Like, every single day. I'd get home from work, open the front door of the apartment, and Murphy would come running down the long hallway, eyes bleary with sleep, and stretch up against my legs, just like he'd done that first day I met him, and wait to be picked up and carried along on my shoulder. He was not a bright animal, but his love was as wide as his belly (which made it difficult to do that lifting and carrying, by the way -- "lift the cat with the knees, not with the back," as the saying goes).

So it was real, real sad when I got home one night from a hard day at work, only to open the door, waiting for that heavy love, and not find it dashing down the hall. With a heart that big (must have been, to match the belly), you just can't expect it to last forever without bursting, which is what the vet suspects happened. 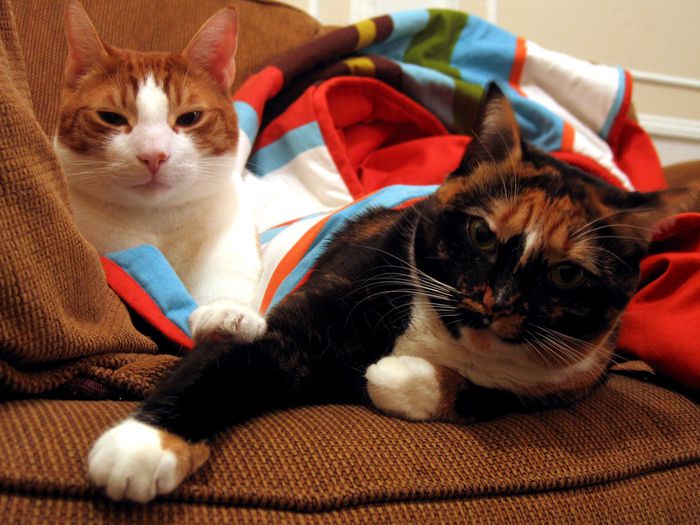 Latke wasn't too sad about it, of course, but sadly  she only got to enjoy some Murphy-free living herself for another year or so, befor getting cancer and having to be put to sleep at age 4.

Which, frankly, is two too many cats to have pass away so young, and so close together. Despite all that love they gave, the loss was a little harder. Haven't had a pet since.