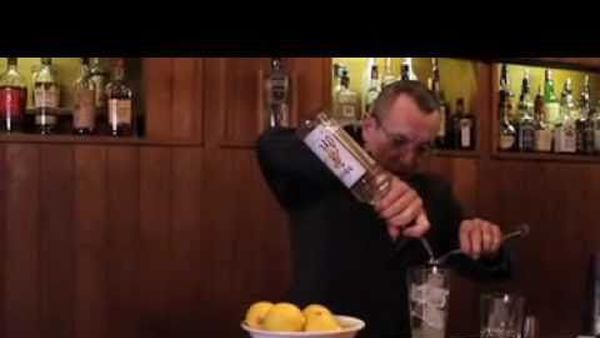 Last call for one of the world's most influential bartenders

Bartenders all over the world are raising a glass this week in tribute to legendary master mixologist, Dick Bradsell.

Bradsell, inventor of the Espresso Martini, the Bramble and countless other cocktails, died on Saturday, February 27 in London. He was 56.

According to his family, Bradsell "fought hard till the end and bowed out gracefully and on his own terms."

The outpouring of affection for Bladsell from his fellow bartenders can be seen in Facebook posts stretching across the Atlantic:

R.I.P to the legend Dick Bradsell - his... - The Cocktail Lovers | Facebook

El Camion - Gone but never forgotten - the man, the... | Facebook

As Gaz Regan wrote in the San Francisco Chronicle in 2010:

Dick Bradsell is a man who lives up to his reputation. He's quirky, strange, lovable and a bit of a curmudgeon, too. After sipping his Treacle, though, I'm going to add "genius" to that list.

Bradsell had mastered the art of conversing with his customers while practicing his craft. Here is the master himself simultaneously explaining and making one of his classic creations, the Espresso Martini: 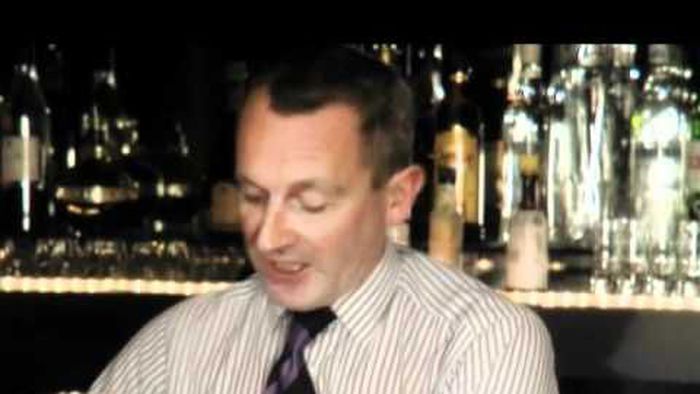 Born in 1959 on the Isle of Wight, Bradsell was tutored in all aspects of hospitality, including chambermaiding by his uncle who was a club manager in London.

Here's how he described it to The Guardian in 2000:

As a shy boy in an 'inbred weirdo' corner of the Isle of Wight, with a 'mad professor' father, Bradsell was bullied for being a bookworm. 'I liked Harper Lee_ don't say anything about Tequila Mockingbird.' Now, he favours Charles Bukowski. The change began when he became a punk rocker. 'There was a party at which our house got trashed. I was sent away and put in the care of my Wicked Uncle, a former naval man, in London. He ran the Naval & Military Club in Piccadilly. He knew everybody: the police, the criminals, the ladies. The complete training he gave me would have been hard to find elsewhere. At the club they made pink gins. Where else could you still get pink gins in the mid-70s? I had to buckle down, learn to make Pimm's, martinis, gin and tonics'

Before he was a bartender, Bradsell trained as a chef but gave it up not long after, he said, "I poisoned a whole restaurant with off Dover Sole."

But with bartending Bradsell found his true calling. "People all over the world want one thing," he said in 1999. "Fun.  They want to enjoy themselves and be happy and they don't mind paying for it."

Here's to you Dick Bradsell.  Cheers.

Like the greatest in his profession, Bradsell had the gift of gab with more than a splash of class. Here, thanks to a Google Tribute Page in his honor is the Quotable Bradsell on the art of bartending and making cocktails: