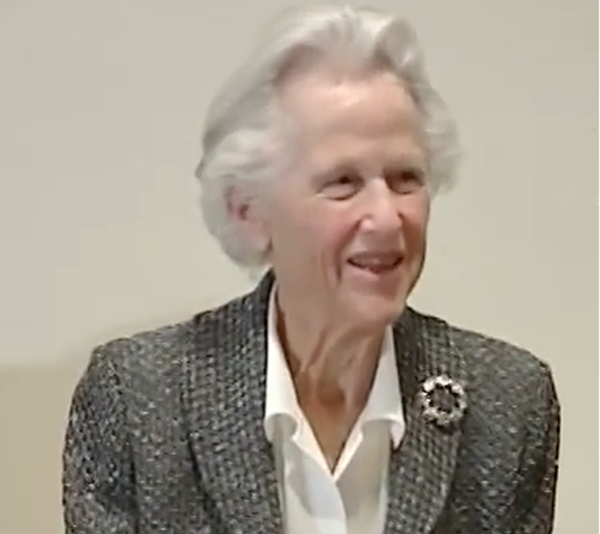 Elizabeth L. Eisenstein, a scholar and a tennis champ, dies at age 92

"Agent of Change" in academia, and "The Assassin" on the tennis court

Elizabeth L. Eisenstein was renown for two things: groundbreaking research on the cultural impact of the printing press and, in her later years, for being a killer tennis player.

Eisenstein died at home on January 31 at the age of 92. She had been ill for three weeks, her daughter told the East Hampton Star.

In her seminal work, "The Printing Press as an Agent of Change," originally published in 1979, Eisenstein argued that the invention of the printing press ushered in the Renaissance, the Protestant Reformation and the scientific revolution of the 16th century. Agent of Change was republished in 2007 on it's 25th anniversary and is still in print.

Sabrina Alcorn Baron, an editor of "Agent of Change", said in a telephone interview with the New York Times:

Whether you agree with her conclusions or not, we wouldn't think about print in the ways that we think about it today had it not been for her work... What printing did was to standardize texts. So you would have numerous people all over Europe reading exactly the same thing. Information had a much greater reach, a much wider audience, a much greater impact.

Eisenstein was not only a determined scholar and historian, she was also a nationally ranked woman on the senior circuit. She played competitively under the name Betty Eisenstein, entering her first competition in 1973, just shy of her 50th birthday. She had racked up so many championship wins that in 1999, she was inducted into the Mid-Atlantic Tennis Hall of Fame. In 2005, Eisenstein was on the cover of Washington City Paper, with a headline referring to her as "The Assassin."  At 82, she was 5' 2" and was described as maneuvering around the tennis court, "like a kid."

Eisenstein continued to play competitively until last May, when she was 91.

An academic and an athlete, Eisenstein was described by longtime friend, Tinka Topping of Sagaponick, in the East Hampton Star:

"She was highly intelligent, very competitive, not just in tennis but in general, and organized, and, interestingly enough, she loved arranging flowers and would do it beautifully."  She was a strong person who "held everything close to her vest," and "a very good wife and mom."   "She'd much rather talk about her victories on the tennis court...I wanted to hear all about the University of Michigan, where she was teaching."

Robert Darton, a retired historian and librarian at Harvard, summed up Eisenstein's commitment to her work and to her athletic ambitions in the New York Times:

What I especially admired about Betty was that she thought big.  She asked important questions; she challenged accepted wisdom. In a way, her history was like her tennis: It was hard hitting and intelligent.

Read More About Elizabeth Eisenstein's Life on her LifeTimeline and in the Washington Post.

Eisenstein was the third daughter of Sam A. Lewisohn, son of Adolph Lewisohn and Margaret Seligman, granddaughter of American banker and businessman, Joseph Seligman.