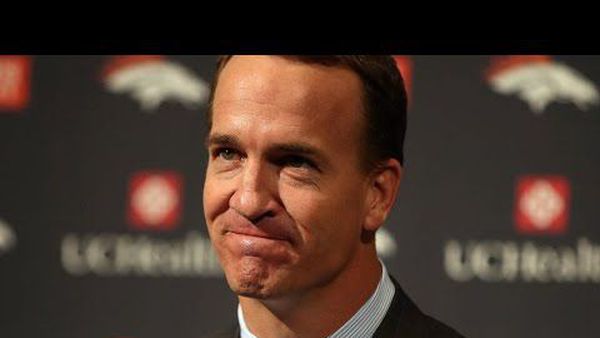 Peyton Manning retires after 18 years in the NFL

"God bless all of you, and God bless football."

With those words, Denver Broncos quarterback Peyton Manning ended his 18-year career in the NFL. His final pass landed a two-point conversion in Super Bowl 50 in February, a game the Broncos won and earned Manning his final record for most wins as a starting quarterback.

He delivered the emotional speech thanking friends, family, fellow players and coaches on Monday, March 7. His career, hailed as "historic" by ESPN saw him play for two teams - the Broncos (2012-2015) and the Indianapolis Colts (1998-2011), as well as the University of Tennessee. He walks away from the game with five MVP awards, two Super Bowl wins and numerous records under his helmet. 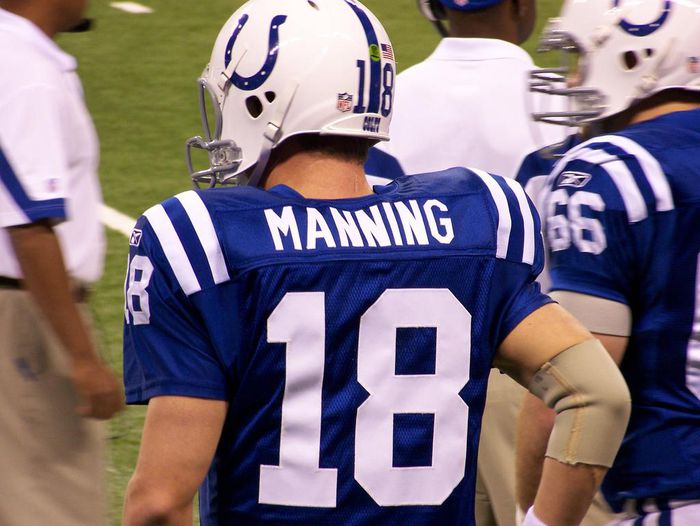 Manning referenced scripture near the close of his remarks.

Manning retired as the NFL's all-time leader in passing touchdowns (539), passing yards (71,940) and quarterback wins (186, tied with Brett Favre). After he signed in Denver in 2012 as perhaps the greatest catch of the free-agency era, his four-year run with the Broncos resulted in four AFC West titles, 50 regular-season wins and two Super Bowl trips, including the Broncos' 24-10 victory over the Carolina Panthers last month in Super Bowl 50.

Manning, who will turn 40 later this month, was a Super Bowl MVP, a 14-time Pro Bowl selection and a seven-time first-team All-Pro. His teams made the playoffs in 15 of his 18 seasons, and he reached the 4,000-yard passing mark in 14 seasons.

In the Broncos' record-setting 2013 season, when they scored a single-season record 606 points -- the first time in league history a team topped 600 -- Manning set single-season records for passing yards (5,477) and touchdown passes (55). It was the second time Manning threw for at least 49 touchdowns (2004 was the first) -- a mark reached only one other time in NFL history (Tom Brady in 2007).

His career stats can be found on NFL.com:

Struggling to overcome a slew of injuries received in his final years on the field, it was widely rumored that Manning was considering retirement, a decision he made only late last week.

Manning was born in New Orleans on March 24, 1976, the son of former NFL quarterback Archie Manning. He is the brother of Eli Manning, himself a two-time Super Bowl champ and quarterback for the New York Giants. His brother couldn't attend the retirement speech due to a reported stomach bug, but his parents were in the crowd.

ESPN looks at Manning's astonishing career as a bit of redemption for the notable, but hardly stellar, career of his father:

Manning played college football for the University of Tennessee, leading them to the SEC Championship during his senior year in 1997. He was the first overall draft pick in the 1998 draft, landing at the Colts. He was named the best player in the NFL in 2009 by Fox Sports and Sport Illustrated named him the NFL player of the decade.

Beginning in 2011, he underwent several surgeries on his neck to alleviate pain, and ended up missing the entire season - the first time he missed an NFL game in his career.

He was released from the Colts, with many believing his career was over. But in 2012 he signed with the Broncos, rebounding so quickly that before the end of the 2013 season he was once again making headlines, with Sports Illustrated naming him Sportsman of the Year.

Celebrated for intellect as much as physical ability

Manning helped redefine what it meant to be a quarterback, taking an intellectual approach that has since been adopted by other star players.

Manning's brain had always been his greatest weapon, and it is what will define his impact on the game. He changed the way quarterback was played, taking complete command of the offense from the shotgun position, changing plays, directing traffic, dissecting defenses -- an approach that others like Tom Brady and Aaron Rodgers later adapted and perfected. It was the diligence of his preparation, and Manning's love for that grind, that even his peers cited as influential.

Adversaries like Houston Texans linebacker Brian Cushing said that, at the height of Manning's career, opponents could tell just from looking at Manning when he had deciphered what an opposing defense was trying to do -- and they knew he would slice through them from then on. Quarterbacking brethren like Hall of Famer Dan Marino said no signal caller had ever maintained as much control over the game as Manning had.

Though the celebrated player walks away from the game with much respect and admiration from fans and colleagues, he's also doing so in the wake of several image-damaging allegations.

... he leaves the league amid some controversy, including a renewed focus on a sexual harassment case from his days at the University of Tennessee and allegations, raised in an Al Jazeera documentary, that he used human growth hormone, a banned substance, to help recover from a serious neck injury a few years ago.

Manning years ago settled the first case, filed by a trainer who accused Manning of pinning her down while exposing himself. The incident occurred in 1996 but was raised again in recent weeks after new details came out.

He has denied the allegations in the Al Jazeera report, in which a pharmacist in an undercover interview suggested that Manning took H.G.H.

... The Al Jazeera report said that Manning’s wife received an unspecified number of shipments of H.G.H. sent from the clinic. Manning said his wife’s medical status was private.

The pharmacist who leveled the claim recanted his statements in a YouTube video made after Manning’s legal representatives visited him but before the Al Jazeera report was broadcast.

The N.F.L. and antidoping authorities are investigating the matter, but itis unclear how far their inquiry will proceed now that Manning is retiring

For his numerous accomplishments on the field, the quarterback will soon be on his way to the Pro-Football Hall of Fame.

In five years, Manning will be a lock to go into the Hall of Fame, and he will be remembered as having played his position at a higher level than it had ever been played before, for revolutionizing offensive football.

Stat blog FiveThirtyEight.com breaks down his numbers, noting that there's not just one career's worth of Hall of Fame-worth accomplishments, but two:

Whether you break Manning’s career into two parts chronologically or based on even- and odd-numbered seasons, each half is of essentially the same quality as a Hall of Fame QB — like, say, Dan Fouts or Steve Young — by itself. Manning had more opportunities to throw the ball than just about anyone, ever, so he’s had an advantage in piling upvalue over replacement compared with quarterbacks of previous eras. But he also helped shape the NFL into the pass-heavy game it’s become, serving as the ultimate archetype of a modern field general.

Congratulations Peyton, on an incredible career. You changed the game forever and made everyone around you better. It's been an honor.