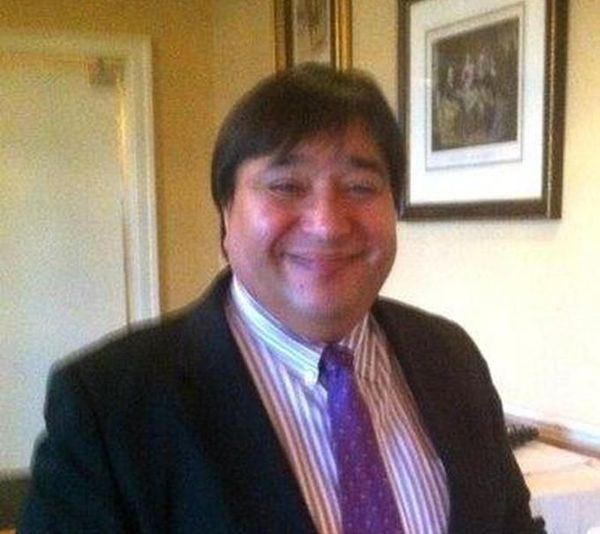 Kenneth Gilbert Montoya, aged 61, passed away peacefully surrounded by family and friends on November 30, 2016 at MedStar Washington Hospital Center. The cause of death was cardiopulmonary failure due to peritoneal mesothelioma cancer with complications due to Chronic Kidney Disease.

Ken was born September 7, 1955 in Alamosa, CO. Ken graduated from Corcoran High School in 1973 and continued on to receive a Bachelor of the Arts Degree from The University of the Pacific in 1977. He received his teaching credential in 1985.

Ken was a member of the Democratic Club where he could be found most nights of the week with a drink and a cigar after working hard all day to assist the underprivileged of society. He was also very proud of his work on behalf of Native Americans.

The light of Ken’s life was Bonnie Ross, who was his partner in crime, traveled with him, and cared for him every day during his health crisis.

A Celebration of Life for Ken will be held sometime in February. In lieu of flowers the family requests donations to be made in Ken’s name to either the National Kidney Foundation https://www.kidney.org/ or the Mesothelioma Applied Research Foundation http://www.curemeso.org/site/c.duIWJfNQKiL8G/b.8598593/k.D685/Homepage.htm.

I returned to the south side of Alexandria after 15+ years. I'd hoped to reconnect with Ken but found I was too late.
My deepest sympathies go out to his family, friends & colleagues.
~Whitney Childress~