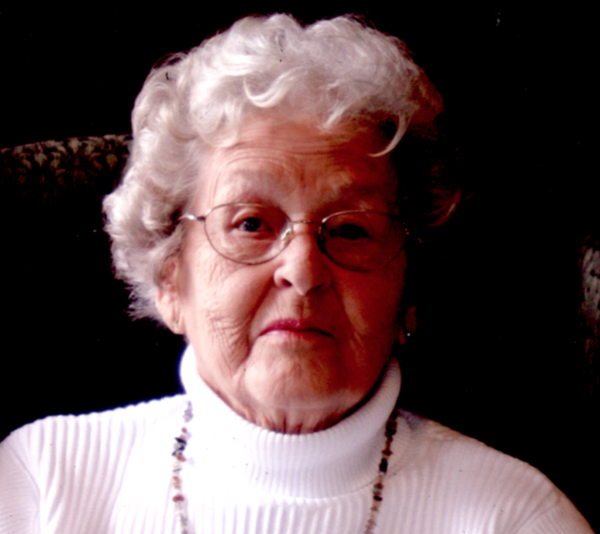 Mom, Grandma, Nana -- thoughtful and kind to everyone she met

Bellrae Marie Hendrix Our mom, Grandma, and Nana passed away on March 31, 2017.

Bellrae graduated high school from Eugene High School in 1938 (?) and then married Glenn Hughett Lay. Together they had a daughter, Judith Ann Lay, and son (late) David Scott Lay. They later divorced and she married John T. Hendrix. John and Bellrae lived in Junction City, Oregon and enjoyed spending time with family at the Oregon Coast in Lincoln City. They enjoyed camping, fishing, and spent most of their time together traveling in their trailer.

Bellrae moved to Utah to live with her daughter, Judy in 2004. We all enjoyed having her close by and being able to interact with her on a daily basis.

Bellrae was extremely active. She was almost 97 but she sure didn’t look or act her age. She was always on the go. It wasn’t until a few weeks ago she decided she was done driving. She was always well dressed, hair done, her nails painted, lipstick on, and with a matching purse. She was absolutely beautiful.

She was so thoughtful and kind to everyone she met. She always found ways to go about serving others through an act of kindness, a small gift, or even a sweet card in the mail. She loved planting flowers and could name about every flower there is, gardening, embroidery, and she was an excellent cook. She loved to read and always had a book open. She was an extremely hard worker and loved to do yard work. She had a big heart for animals and almost always had a dachshund for most of her life. She enjoyed going to her grandchildren and great grandchildren ball games and activities over the years. Her family meant the world to her.

She loved to attend the Presbyterian Church in Springville as well as Senior Citizens. She spent the last year of her life at The Abbington in Mapleton which she absolutely loved. She couldn’t say enough about the wonderful friends she made there. She was also involved in whatever activity they had going on.

Our family would like to thank Cami Jensen from iCare Home Health & Hospice for her excellent care over the last several years as well as the staff at The Abbington in Mapleton.