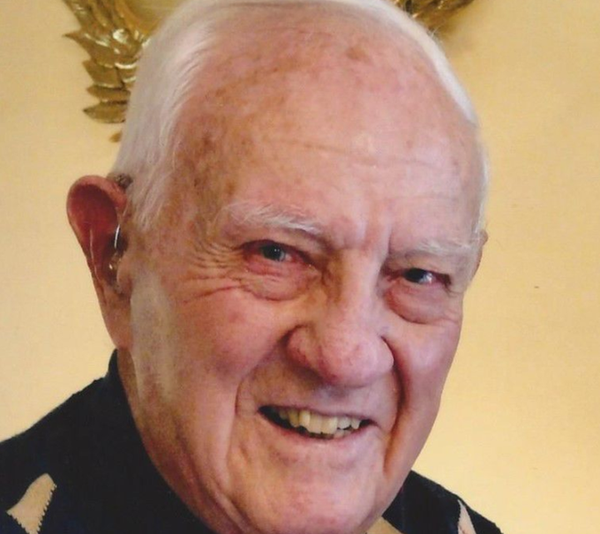 Retired Army Colonel and attorney at law James P. Davenport passed away peacefully, surrounded by his family, on March 25, 2017 at the Ginger Cove Retirement Community in Annapolis, MD, where he had resided since 2009.

He was born in Baltimore, MD on December 16, 1917, to William H. and Mabel P. Davenport, and is pre-deceased by one older sister, Catherine.

He attended Dickinson College and Johns Hopkins University before receiving his law degree from the University of Baltimore. He obtained his pilot’s license in 1939, and joined the US Army in 1940. During WW II, he flew reconnaissance in North Africa, Italy, and France, where he was shot down behind enemy lines. Following the war, he served as the Division Aviation Officer in the Virginia National Guard. He retired as a colonel in 1977, after serving at the Pentagon as the Chief of the International Section of Army Research and Development.

From 1954 until 1997, he practiced law at Smith & Davenport in Manassas, VA. He was President of the Prince William County Bar Association, Chair of the Board of Governors of the Business Law Section of the Virginia State Bar Association, and was listed in the Who’s Who in American Law. He was President of the Manassas Kiwanis Club, Charter Member of the Evergreen Country Club Board, and served on several corporate boards.

From 1946-1989, he was a summer resident of Sherwood Forest, MD, moving there year round in 1989. He was an active member of both the Sherwood Forest and Manassas communities, the Methodist Church, and he was a lifelong Republican.

He enjoyed golf, bridge, gardening, traveling, and being with his family.

A service in celebration of his life will be held in the Friendship Hall at the Ginger Cove Retirement Community in Annapolis, MD, on Sunday, April 23, from 2-4 pm. In lieu of flowers, please consider donations to the American Red Cross  or the Wounded Warriors Project. Online condolences can be made at hardestyfuneralhome.com.