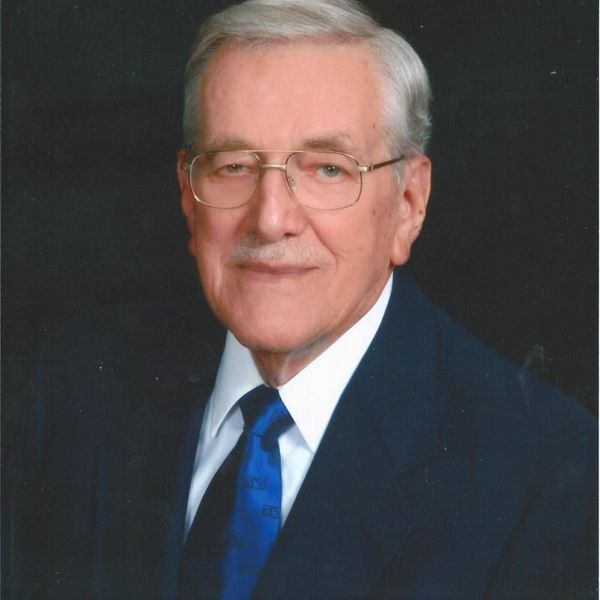 Illinois native and long-time Florida resident Donald ‘Don’ Kowske, 88, died on June 9, 2017, at his home in Summerfield, FL, after a long battle with Alzheimer’s.

Services were held on Friday June 16, 2017 at Trinity Lutheran Church in Summerfield, Florida.

Mr. Kowske was born on March 12, 1929, in Chicago to Edward and Marie ‘Mae’ Kowske. He was a graduate of Crane Tech High School and Morton College and served his country in the United States Navy Reserves from 1948 to 1953.

He met his wife of 66 years, Betty (nee Miller) at Grace Lutheran Church in Chicago through confirmation classes and the LCMS youth organization – the Walther League – when they were both elected to the executive board, he as President and she as Secretary. The high school sweethearts were married on December 16, 1950, at Grace Evangelical Lutheran Church and they were inseparable for over 66 years. They raised their family in Chicago, Lombard, and Batavia, Illinois, then spent their retirement years in Palm Harbor, Spring Hill, and Summerfield, Florida.

Only his parents, his brother Robert ‘Bob’ Kowske and his infant daughter Nancy preceded him in death.

He once wrote, “Family is like the branches of a tree. We may grow in different directions, and yet our roots remain the same. Each of us will always be a part of the other.”

Don worked for a public utility company his entire career. Starting in the mailroom at Northern Illinois Gas Company (today known as NICOR), he rose to the position of Manager of Purchasing and Stores over his 35-year career and retired in 1984.

Don spent a lifetime in service, leading by example in the genuine care for others. He volunteered through the Boy Scouts of America, Junior Achievement, as a Batavia Community Club board member, President of the Batavia Lions Club, and IHSA basketball referee. He was especially proud of the time he served on a special Cost Control Task Force in 1977 for the State of Illinois at the request of then-Governor Jim Thompson. He spent three months in the state capitol in Springfield, IL, and reports show the committee’s recommendations saved the state over $410 million.

Don was a keen, dedicated, and talented builder. He helped put an addition on his first home, constructed a garage, built a kayak, and designed and fabricated a 12-foot travel trailer for his family they fondly christened ‘Lil Guy’ finishing the project the night before embarking on a three-week, cross-country camping trip to California. He completed countless woodworking projects for loved ones – from baby cradles, afghan holders, and magazine racks, to duck flower holders, lady bug stools, rocking horses, and his signature giraffe clothes rack. He created a host of holiday decorations for display in neighborhood entryways including hearts, pumpkins, witches, snowmen, and Christmas trees.

In retirement, he enjoyed square dancing, kayaking, bowling, playing cards, and genealogy research. An avid golfer, he cherished his time on the links with Betty and scored three holes in one! Don and Betty traveled extensively, including traversing the country in their travel trailer and taking several trips overseas. They were on hand for countless milestones of their children and grandchildren including games, matches and meets, performances and concerts, award recognitions and special occasions. They especially enjoyed family excursions, including taking the whole family on a Disney Cruise to celebrate their 50th wedding anniversary with loved ones.

A memorial will be held at 11 a.m. on Friday June 16, 2017 at Trinity Lutheran Church in Summerfield, Florida. The family will greet friends and relatives following the service.

“With the help of God above we managed to pull through, Our ship composed of faith and hope withstood each mighty wave. It’s twilight now, the sun is dim and stars begin to glow, Together we resume the voyage started long ago.”