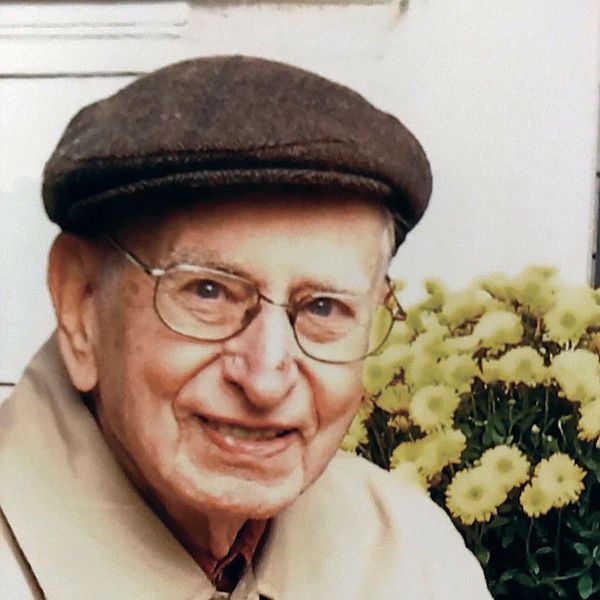 Markus (Majus) Nowogrodzki was born September 13, 1920 in Warsaw to Emanuel and Sonia Nowogrodzki, leading members of the Jewish Labor Bund. When Poland was invaded in 1939, he escaped through Lithuania, Russia, and Japan to New York City. He married Mery Szefner, who had also fled Warsaw.

Mark enlisted in the US Army in 1942. Fluent in five languages, he served with American and British counterintelligence units in North Africa, Corsica, and France.

After the war, he earned a Master’s from Brooklyn Polytech and worked as an electrical engineer specializing in microwaves. He and Mery raised two children, Richard and Susan. Mark volunteered as a YIVO archivist and translated documents and letters until his death on October 21.

Known for his equanimity, charm, loving support, fondness for mushrooms, and remarkable stories, he is loved and remembered by his daughter, daughter-in-law, son-in-law, four grandchildren and families, great-grandchild, friends, and neighbors.