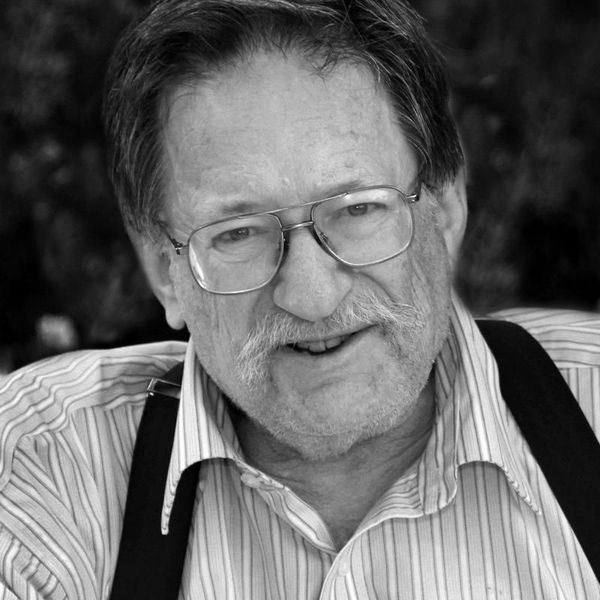 Sanford “Sandy” Hoffman, age 76, passed away from respiratory failure on March 28, 2018. A resident of Walnut Creek for over 50 years, Sandy was born in San Francisco in 1941. He met his wife-to-be and avid cat lover, Beverly McNutt at San Francisco State University. They met when he commented on her numerous cat scratches which was ironic since Sandy was not a fan of animals. In fact the only pets he had growing up was a bird name Lucky that died and a clam he picked up at the wharf.

Sandy spent over 25 years working as an administrator for the Contra Costa County Public Defender's Office in Martinez until he was forced to retire due to a medical disability. Most people knew Sandy for his sharp mind and sarcastic wit. He was a lover of all things 50s, mostly the music which he would play as loud as possible using a sound system that to anyone else looked like a maze of cords and cables. Not one who cared much for clothing, he was about as far from dapper as anyone could get. He purchased two suits in his lifetime; the first for his wedding to Bev in 1965 and the second for his daughter Laurie’s wedding in 2009. Otherwise he spent his time outside in his usual “uniform” of a T-shirt and shorts, no matter the weather. Inside, he spent his time in his tighty whities meticulously calculating the over/under on whatever sporting event was being shown on TV. He’d sit on his bed, pen in hand, in his Jockey underwear watching game after game. And God forbid you called when the game was on, or you would get an ear-full! Of course there was always a game on so every conversation started with, “Why are you calling me during the game?”

Sandy is preceded in death by his parents, Morris and Helen Hoffman and his wife of 30 years, Bev Hoffman. He is survived by his daughters Wendy Hoffman and Laurie Frieders, brother Ken Hoffman, son-in-law Craig Frieders and seven-year-old twin grandchildren Crofton and Claire. Claire will miss him most of all for the rides she’d get on his scooter and the unlimited ice cream she’d eat while visiting him at his assisted living apartment. Crofton will miss him for his cool electronics and for the many times he got to hear him say the word “crap.”

A memorial service will be held at 11:30AM on Friday, April 13, 2018 at the Walnut Knolls Recreation Pool and Park, 1437 Murwood Dr. Walnut Creek, CA 94596 (the corner of Murwood Dr. and Ward Dr.). We will share our many stories about this true character in every sense of the word. You are encouraged to wear your most comfortable attire as that is how he would have wanted it, but please at least put on some pants! In lieu of flowers please make a donation in his honor to: www.undiesforeveryone.org/donate or the charity of your choice.