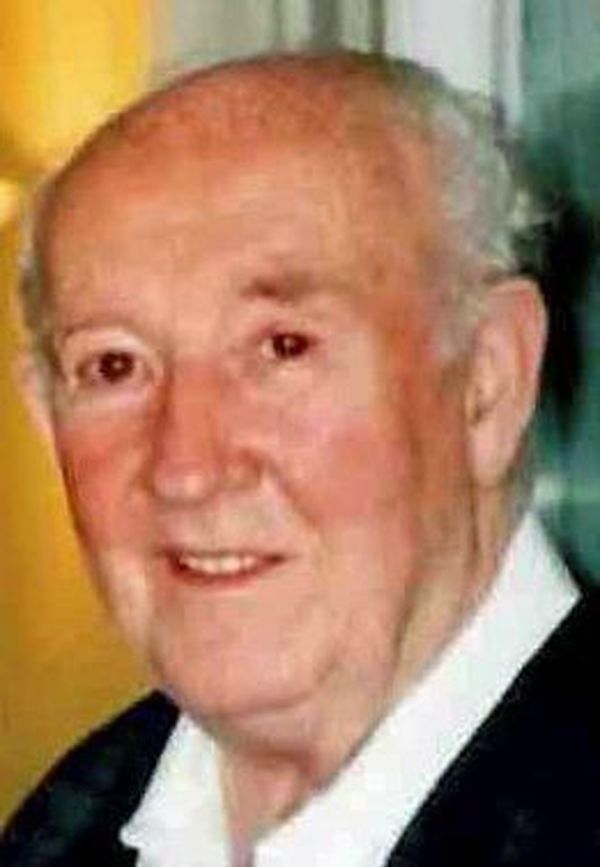 Peter, a native of Co Louth, Ireland, graduated from St Patrick’s College Cavan after which he enlisted in the Garda Siochana, the Irish Police force, where he served for 5 years.

During this time he was an active player of Gaelic football with him and his team winning an All-Ireland Club medal.

In 1954, he set off for new adventures and opportunities in the USA on the prompting of his uncle, Terence. Finding a job with a chemical technology company, he discovered that he had a talent and a passion for chemistry, and studied nights while working to earn a Bachelor’s degree in Science from Seton Hall in the mid-fifties.

In the late fifties, he met and married Rosemary with whom they had four children.

Over his 17 year career in research chemistry, he advanced to the position of assistant director of research, and during this time, he was awarded a patent for the low temperature manufacture of liquid gold with high thermal stability, the formulation of which allowed the NASA space modules to safely re-enter the earth’s atmosphere.

His life took another turn in 1969 when he was invited by a group of Irish businessmen to join them in a venture to start a crystal manufacturing company in Ireland.   As Managing Director of Cavan Crystal, he used his talents as a chemist and as a businessman to take what started as an idea and developed a company that grew to be an important and successful business enterprise.  The factory that started its life on the outskirts of Cavan town in County Cavan Ireland was soon employing hundreds of people and exporting crystal all over the world.

Always very active, he was also a Director of Royal Tara, a fine-bone china manufacturer in Co. Galway, he was a director of Cavan Box Company, all the while investing in property in both Ireland and the US.

With the economic downturn in Ireland in the eighties, he once again set out for the land of opportunity and reinvented himself yet again. He and his partner, Paddy Reilly, a New York restauranteur, then bought a large catering facility in New York and so began yet another adventure.

Even in his “retirement”, he kept very busy with his retail activity in the Irish Quality Shop in Kearny, NJ as well as his property investments, and his accounting activities in NYC.

Peter had a quiet and determined way about him.   He enjoyed the pursuits of golf and card play with friends and family, and the occasional trip to Altantic City and Las Vegas.      He and Rosemary, his wife of almost 60 years, never tired of traveling back to Europe to visit family and friends in Ireland, England and France.

Peter is survived by his wife Rosemary, and his children Bernard, Elizabeth, Peter and John, and his eight grandchildren.