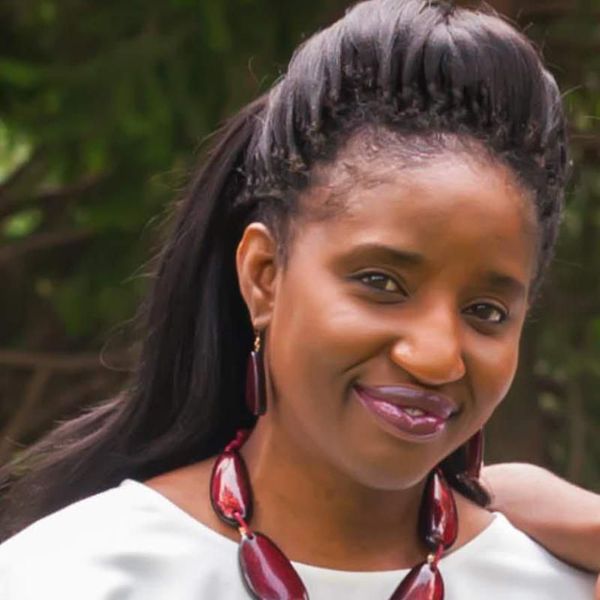 The Story Of Her Life

Pastor. CEO. Business woman. Mother. Mentor. Friend. These are just a few of the words that describe the unique and distinguished Chinyere Ngozi Olujide. Ever-passionate about what she believes in, and never giving up on her friends and family, Chinyere (or Pastor Chi/PC as she is often fondly called) has been a constant blessing in the lives of everyone she has encountered for 50 years now, and will continue to be one for 50+ more years.

Born on February 22, 1969 in Washington DC, Chinyere spent the first seven years of her life right here in the United States of America. She was born the second child of four to Professor Charles and Virginia Nnolim. She went to Plymouth Nursery School in Belmont, Massachusetts, then to Saxon Elementary School in Framingham, Massachusetts from grades 1-2. At the age of seven, her family moved to Nigeria, where she completed her primary education at the College of Education Demonstration Primary School in Owerri. She then attended Federal Government Girls College Abuloma, a secondary school in Port Harcourt, from 1981 to 1986. After finishing secondary school, she matriculated into the University of Port Harcourt, which she attended from 1986 to 1991, obtaining a Bachelor’s Degree in Math/Computer Science. It was during this time that she officially gave her life to Christ on April 15th, 1990 in her mother’s house in Owerri, led by a friend of her younger brother. After college, she moved back to the United States, settling down in Maryland.

Back in MD, she tried a few churches in the area, but none of them were really a good fit for her. Not only was she often the minority in their congregations, she wasn’t being challenged spiritually. In 1995, she learned about Jesus House DC from a friend of her brother’s family (Bola Fajemirokun), and her life was never the same. Finding JHDC was the beginning of a destiny-changing life experience for PC. She joined the choir (on the very first day!) and a few other departments as a Worker. She later became involved in the life and business of the Church, and soon became one of the leaders. She was ordained as a Deaconess in 1998, an Assistant Pastor in 2005, and a Full Pastor in 2013. She serves as an Associate Pastor in the Church.

It was at Jesus House DC that PC met the man who would soon be the love of her life, Oladapo Babajide, in 1997 (whom she met while performing her “Follow-Up” duties and later taught him in Foundation Class!). They started spending time together, fell in love, and were soon married and had three sons: Joshua, Joel and Isaiah.

Sadly, tragedy struck on the morning of July 10, 2004, when it was discovered that her husband had passed away due to a prolonged case of scleroderma. It was a particularly trying time in Pastor Chi’s life as they had been married for a relatively short period of time and her children were very young. Nevertheless, she persevered through this, and came out stronger than ever. She turned the pain into purpose, writing a book entitled: “What Not to say to Hurting People: Helping People Through Times of Trial and Grief” (published in 2005), which she wrote from her on personal experience following the aftermath of her husband’s death. She also started a business, where she manufactures the popular and acclaimed Blessing’s Foods Jollof Rice Seasoning sold on Amazon.com and in local stores!

Pastor Chi is the Director of Strategy & Ministry Operations at Jesus House, DC. She runs the JHDC staff team, and has oversight of the entire volunteer workforce. PC has started departments such as Believer’s Academy, Follow-Up and Alpha; she has also led several initiatives in the Church. She currently serves (and leads) the following departments: Alpha, Worker’s Directorate, Teenage and Children’s Church. She also oversees the Church’s Branding & Communication Unit.

Pastor Chi is a woman immensely devoted to God, a prayer warrior, a student and Teacher of the Word of God. An eloquent speaker, writer and worship leader, she is also witty, creative, artistic and beautiful inside and out! Never a woman to let anything take her out, she has conquered many obstacles that life has thrown at her, and will undoubtedly continue to do so by God’s grace. As she turns 50, she is so grateful for everyone who has had a positive impact on her life, and is so glad that you are alive to celebrate with her as she embarks on a new chapter of her life. Happy 50th birthday Pastor Chinyere Olujide. Here’s to 50 more!

Happy 50th Birthday, dear Pastor Chinyere!!! You truly are a beautiful person inside and outside! I have watched and admired you over the years for being authentic in your faith, for faithfully and successfully influencing many for Christ, and very importantly raising three fine young men of your own and many other young folks at JHDC! You are a believer who walks her talk and I personally have benefitted from that. I remember when I first moved here from NY and started attending JHDC; I did not have a car and it was a bit tough for me especially in inclement weather. Then you got a new car and loaned me your former car to use absolutely free for 3.5 years while you still covered the insurance!!! At the time I had only been at JHDC for just over a year and you did not know me that well, but you never asked me about the car once you handed me the keys or ever made me feel awkward about it until I gave it back when I got my own car. I do not know many people who would do that and do it with such grace! I will always be eternally grateful for that gift and experience. I have enjoyed being able to talk to you freely about anything (especially at Christmas ;-)) and while I know I will get godly counsel when needed, you are easy to laugh with! I love and appreciate you Pastor Chinyere! On this special occasion I ask that God will remember you for good and bless you beyond measure with things money can buy and things money cannot buy! May He grant you your heart's desires, enlarge your coast, and take you from strength to strength, from glory to glory in Jesus Hame, Amen! Have an amazing birthday!!! 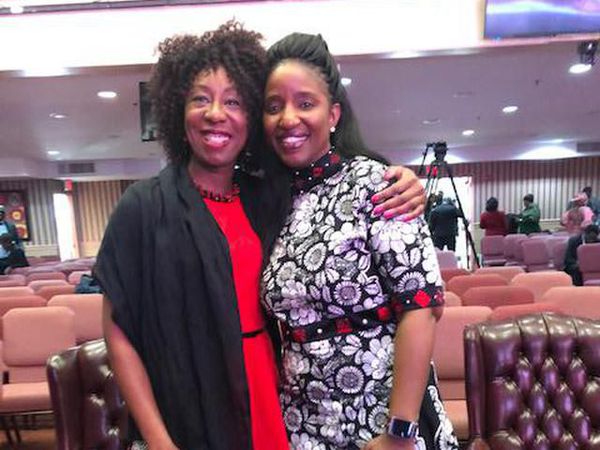 Happy Birthday Pastor Chi! More Wins this year in Jesus name. Have a great year ahead :)

I celebrate and honor my Dear Friend, Chinyere. I thank God for 50 years of your life and wish you many more joyous years ahead. Your Light will shine continually for the world to see and glorify your Father in Heaven. You are blessed and highly favored as you step into your Jubilee in Jesus Name.

Chinyere is an amazing person. She is a gift to us all. She wears many hats; she is a mother, pastor, friend, sister, mentor, teacher, leader, entrepreneur and one could go on and on. I applaud her passion for God, strength, excellence, and integrity. She is reliable, honest, efficient, an achiever, and very humble.

I’ve been privileged to work closely with her over the years and she is indeed a diligent worker with an eye for excellence. She is a true Sister with a listening hear, who consistently speaks the truth in love. I admire how diligent she has been in raising three boys with God’s help. Anyone who has had the opportunity to interact with Joshua, Joel and Isaiah will immediately note that they are well brought up, respectful, confident, smart, and best of all; their love for God and service unto God. Kudos to my good friend!

I admire Chinyere’s love for God’s work, dedication, tireless pursuit for excellence, professional proficiency, and selfless service to JHDC and other ministries.

She is a close friend and confidant. We share a passion to serve, and asides from working closely with her in the Church, we have worked together on several projects including training and capacity building for churches around the US. Her faith in God is worth emulating. Over the years, I have seen her go through challenges with strength and without wavering. She is indeed a rare gem whose pillar is Christ. On Christ, the solid rock she stands - - this has been her story because through it all, she trusted Jesus.

Happy Birthday, my dear friend and sister. May God strengthen and keep you, and may your children be blessed. Enter into your Jubilee - - God will enlarge your territory in Jesus Name!

You are truly an inspiration, a woman of substance and a servant leader with a purpose driven life. We bless God for you. As you celebrate your jubilee birthday we pray for great grace, divine favor and the fulfillment and evidence of Gods promise for your life. We love and appreciate you.

Wow, very nice, younger brother here...just saying I’m thankful for Chinyere as she is the most grounded of all 4 of us siblings. I remember that day when Ikenna Ojukwu talked to my sister. Who knew it would be this long lasting, but God Himself!!! May your next 50 years + be full of fulfilled dreams!!!!!