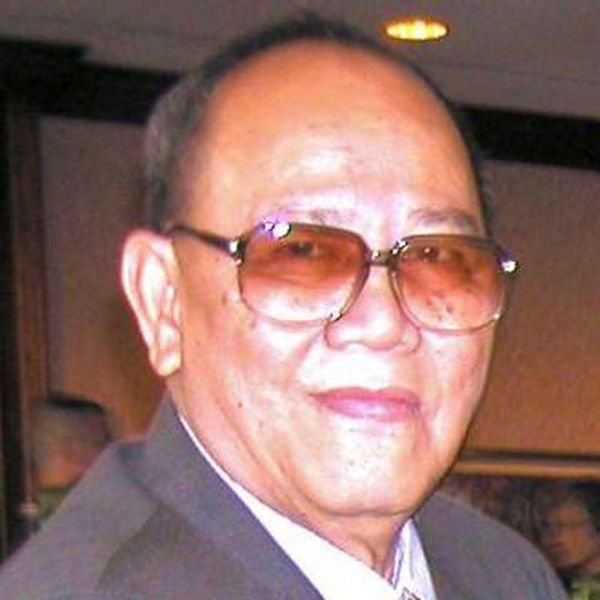 Alfredo Doria Balleras, Sr., 87, of New Providence, NJ, passed away on February 22, 2019. A Mass of Christian Burial will be celebrated at Our Lady of Peace Church, 111 South St. in New Providence on Thursday, February 28th at 10:30am.  Interment will be in the Philippines.  Friends are invited to visit at Bradley, Brough and Dangler Funeral Home, 299 Morris Ave. in Summit on Wednesday from 3 to 9pm with words of remembrance at 7pm during the visitation.  To send a condolence, please visit www.bradleyfuneralhomes.com.

Born and raised in Manila, Philippines, the son of Resurrecion and Dominga (Doria) Balleras, Alfredo came the U.S. in June of 1983. First settling in Jersey City, he had also lived in Union before moving to New Providence. Alfredo earned his Bachelor’s Degree in Mechanical Engineering from Far Eastern University in Manila.  He was also a member of the R.O.T.C. of the Philippine Army.  Alfredo was a Division Supervising Engineer at the Philippine National Railway for 26 years and while there became the General Secretary of the first Labor Union that was owned by the government.  In the U.S. he worked for many years as a supervisor at the MTA in New York City.  Alfredo loved classical music and gardening.  He also enjoyed fishing, travel, animals and nature and had a sweet tooth and was an ice cream aficionado.

Alfredo was the beloved husband of 48 years to Maria Petty. He was the loving father of Emma Osoria and her husband Eugenio, Lourdes Giorgio and her husband Fernando, Cora Terzo and her husband Vincent J. and Alfredo Balleras, Jr. and his wife Pelita.  He is also survived by his cherished grandchildren, Alexa, Corvin, Amber, Vincent A., Gianmarco and Isabella, and his dear siblings, Norlinda Rodriguez, Carmelita Nunez, Rolando D. Balleras and Remedios Cruz.

Daddy to me. Lolo to my boys. You will always be in our hearts rich in memories. We love you!