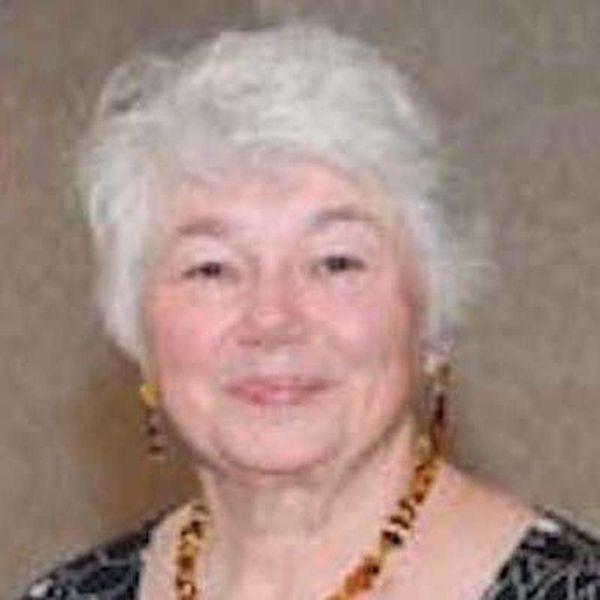 Phoebe Seham, founder of the Women’s Rights Information Center of Englewood, New Jersey, passed away in Chatham, NJ on May 14, 2019.

Phoebe led a social justice movement that changed the lives of thousands of people. The impact of her passionate engagement with the law, education, human rights, and empowerment through knowledge and support is immeasurable. Among countless testimonials, one, from The American Association of University Women, addresses ‘The World’: “You are a better World because Phoebe Seham is in you. She has made a difference:

Phoebe Seham graduated from Mount Holyoke College in 1954, married Martin Charles Seham, raised four children, and started law school at Rutgers when the youngest was in first grade. Already active in civil rights through volunteer work with Fair Housing, and other organizations, Ms. Seham sought a law degree to further her human rights work. In 1972, Phoebe Seham helped form Women’s Rights in Tenafly and became its leading advocate for gender equality in school sports and girls’ rights. In 1974, she became the attorney for 8 girls, ages 8-12, when the civil rights division of the National Organization for Women defended their rights to play Little League baseball. When these girls had secured this right, Phoebe Seham attended league tryouts to stand beside them and continue her support.

While discussing women’s issues around a kitchen table in the spring of 1973, Phoebe and several other inspired women organized to create a clearing house of reliable information for women striving to become self­-sufficient and facing difficult decisions. This small group began meeting regularly in donated office space in Hackensack. They educated themselves by doing research and having experts speak on many topics that affected women’s lives. The clearinghouse was staffed exclusively by volunteers who chipped in for a phone and fielded calls from women who didn’t know where to go to find reliable information.

In 1975 the group now known as the Women’s Rights Information Center (The Center) incorporated. It established a board of trustees and an advisory committee. The Center became the first non-profit organization to become eligible to hire staff through C.E.T.A (Comprehensive Employment and Training Act), a government sponsored program enacted to find temporary jobs for the unemployed. The implementation of a job talent bank and job referral service began in 1976. The Center inaugurated peer support groups for separated and divorced women. Fact Sheets on fair employment practices were developed. The Sunshine Newspaper was published simplifying the language used in legal, court and legislative documents that pertained to matters of concern to women. A DES Search Project was initiated to educate and support those affected by the drug Diethylstilbestrol, administered to many pregnant women from 1938 through the 1950’s and which caused vaginal cancer in female offspring. To support women business owners and people seeking services, Center staff compiled and made accessible ”The Notebook of Enterprising Women,” listing women in and around Bergen County who had services or products to sell.

Phoebe Seham wrote about the quest to house these successful, growing projects: “The realization that women, isolated in separate households, needed a place they could feel free to visit, to get facts and help, and for someone to talk to led to the campaign for a women’s center building. In the mid-seventies, the Center’s supporters attended regional Community Development meetings to apply for some of the HUD funding allocated to communities. The grants came in bit by bit, and the search for a suitable building took time. On March 1, 1982, the grants awarded were used to buy an abandoned funeral home in Englewood – a lovely federal-style building that had deteriorated during its 8 or 9 unoccupied years. The Center was finally able to move in at the end of January 1983. The renovation (went on) inch by inch…” (Excerpted from “A Little History,” by Phoebe Seham).

Phoebe Seham responded with expertise and action when confronted with civil rights disparities. In 1976, in an effort to educate attorneys and the community on how current laws affect women, Phoebe Seham became Vice Chair of the Bergen County Bar Association’s first Women’s Rights Committee ever organized by a county bar association in New Jersey. The new committee sponsored seminars for attorneys in matrimonial law, education, fair employment and estate planning. It held programs for civic and service clubs, colleges and other interested groups to educate women on their rights under the law. “There’s still a lot of misinformation and lack of knowledge in this area,” said Phoebe Seham, “Not just among the public, but among members of the bar. We hope to clear it up.” “Some women may be aware there is a (Civil Rights Law of 1964), but aren’t sure how it should be applied,” she said. “For example, in a preemployment interview, you do not have to answer questions such as: How old are you, are you married, do you have children. Also, if a woman thinks she is being discriminated against, she does not have to have proof to complain. All she needs is a suspicion. She can file a complaint and then the Division of Civil Rights or the Equal Employment Opportunity Office is supposed to investigate and come up with the proof.”

In 1977, Phoebe Seham wrote a letter to the American Bar Association (ABA), pointing out the contradiction of the ABA supporting the Equal Rights Amendment, yet holding an annual conference in a state that had not ratified the ERA. She refused to go and raised awareness for the national membership with her published letter.

If “activist” means actively working to make the changes necessary to further human rights, Phoebe Seham is an exemplar. Phoebe Seham was a wife, a mother, a grandmother, and an attorney. She was a member of the League of Women Voters, PTA, Fair Housing Council of Bergen County, Bergen County Commission on the Status of Women, and The American Association of University Women. She was involved in the founding of the Women’s Rights Information Center, Women’s Rights in Tenafly, Women Lawyers of Bergen County, and New Jersey Women Lawyers Association. She achieved statewide recognition through her appointment by the New Jersey’s Governor to the Commission on Discrimination in the Statutes and by the Chief Justice of the New Jersey Supreme Court to the Commission on Women in the courts. She led a movement and founded the Women’s Rights Information Center on the belief of Elizabeth Cady Stanton – that women must be “recognized as individuals for their own environments, thoroughly educated for all positions in life they may be called upon to fill…” Her legacy lives on.

In lieu of flowers, donations in Phoebe’s name may be made to: The Women’s Rights Information Center, 108 W. Palisade Ave. Englewood, NJ 07631.