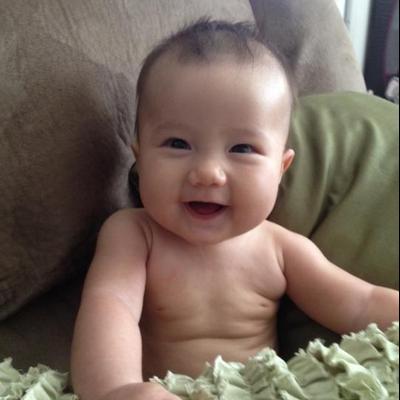 Friends, what advice do you have for the parents?

As I am learning now, almost 10 years into motherhood, sometimes less is more. As soon as that beautiful baby can do things for herself, let her. Don't try to do too much for her. It's easy to want to "help" but ultimately, you're really not helping at all when they aren't as independent as they should or could be. One day, she'll come to realize that letting her find her own solutions, even if it gets overwhelmingly frustrating at times, was one of the best gifts you could give her because she'll have the confidence of knowing she can do things by herself.

Just because your favorite time of the day is right after you put that sweet girl to bed doesn't mean you're bad parents. It's a marathon not a sprint, and LOTS of times (maybe most of the time?), it's a beatdown. As I said before (though I cannot take credit for the line), what you do for your children is never enough, and yet it has to be. Welcome to the paradox of parenthood.

Josey, you're on my heels, as has been our whole lives through. And you're like a daily journal to me. So you've undoubtedly gotten every single piece of advice and insight I've ever had. For better or worse. But if I might choose the best piece of advice, it is the overused, "Enjoy it while you can. It goes so fast." Though we've found a way to slow it, with our Gypsy Time Warp (TM) process, it's certainly not enough.

Friends, what was my mom like when she was pregnant with me?

Incredibly pleased (albeit anxious) about your impending arrival, but most seriously displeased about the process of getting you here!

She loved to eat Filipino food that Auntie Ester made...with her fingers, in the pot it was cooked in or served in...haha (I think she probably did that before she was pregnant too)

Pained, all the time. And big...she tipped a sofa over! But still very beautiful and very very very excited about you.

What are some of your best pictures of Jane Elizabeth? 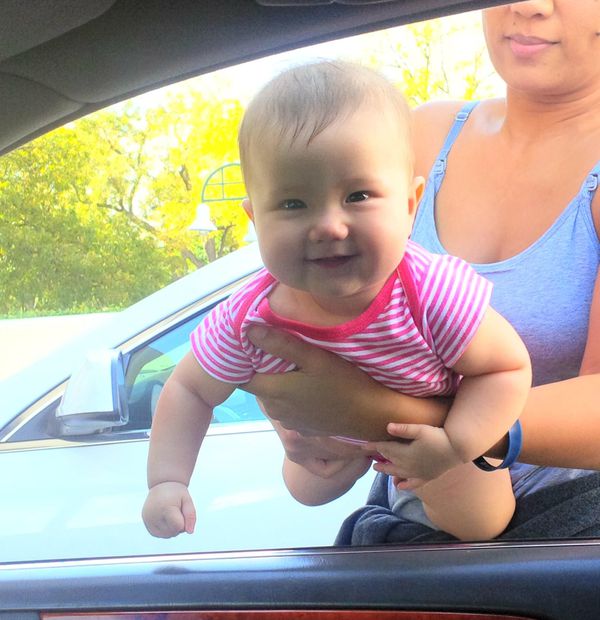 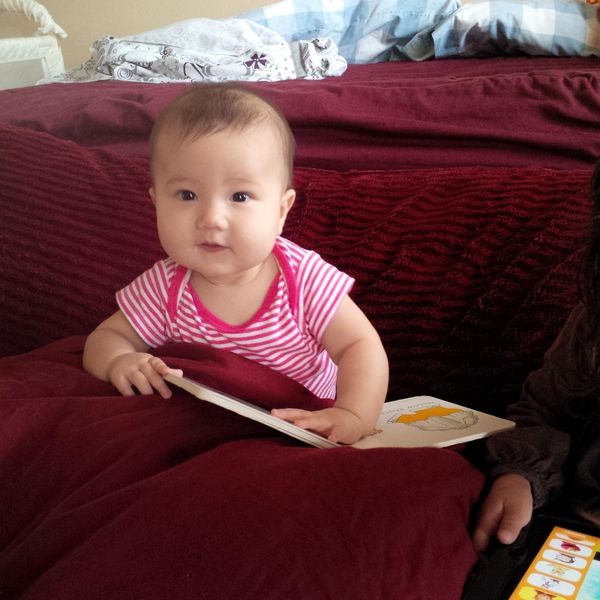 What do you want Jane Elizabeth to know some day about her parents?

Your parents are the most loving, loyal and respectful people I know. If anyone is in need of help, they are the first to offer their time. We love them so much and would do anything for you all :) xoxo

They adore you, completely.

For siblings, what did you think when you heard Jane Elizabeth was coming into your family? 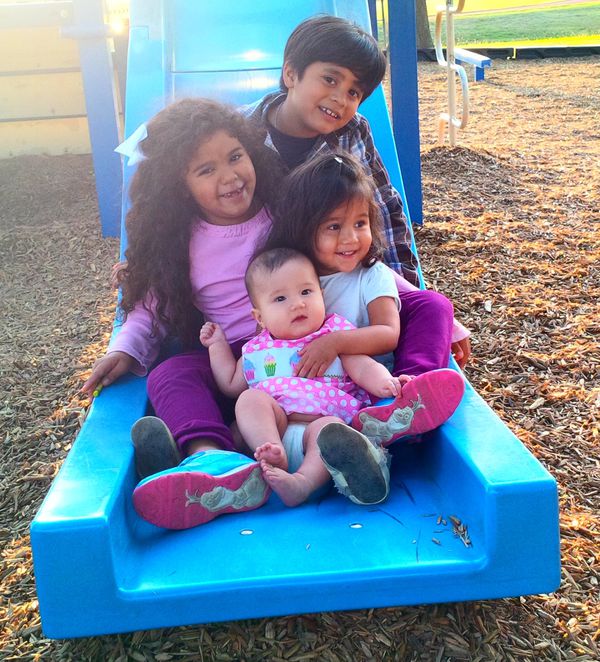 I don't recall what I thought when I HEARD you were joining the family. But I know what I said the minute I saw you: "I want that."

What's the most useful family trait you hope Jane Elizabeth will inherit?

Predictions on what Jane Elizabeth will do for a living?

Based on her lung capacity, an opera singer, like her Uncle Eddy!

Soccer player or surgeon. Something that involves the muscle brilliance that she has! (Though, as you can see from these videos your mom's prediction might be right...) 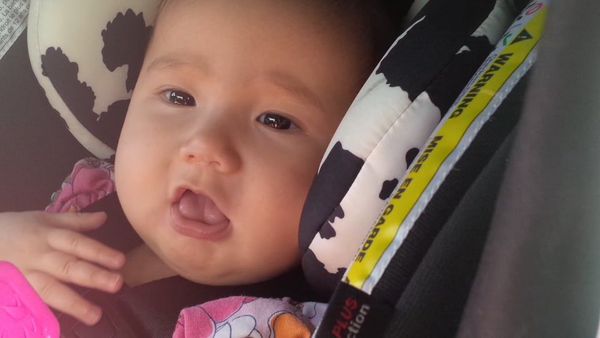 I'll have to answer this question at different times in your life, but as of today, cry, cry, cry baby!

Mom, how did you tell dad you were pregnant?

Even though I came from a line of reproductively blessed women (your great grandmother had 18 children), I decided to starting using a fertility monitor just in case I wasn't blessed with those genes. One day in July 2014, your cousin Belladonna, as I affectionately call her, saw the monitor and asked, like any inquisitive 4 year old would, "Auntie, what's that?" I explained how it worked. A bright spirited girl, as I'm sure you've come to know, she gave me an I-understand-smile and half skipped out of the room. I thought for certain that she didn't understand. As she was walking down the stairs, your grandma was walking up the stairs, and I heard Belladonna say, "Grandma, we're gonna have a baby soon! The auntie with the modidor. Not the auntie with the baby [your Auntie Elizabeth], she doesn't need a modidor." (People have come to learn to stop underestimating that girl!)

Even though I'm a lucky girl, I used the "modidor" religiously in July and August to increase my fertility odds. One night in August 2014, I prematurely took a pregnancy test, though according to the instructions, I was within the appropriate time frame. I woke up your dad and said, "I'm not pregnant." He sat up and asked excitedly, "You're pregnant?" I said, "No, I'm NOT pregnant." He sleepily said, "Oh" and went right back to sleep as if I never woke him (one of his many talents).

The next night, I was having dinner with your Auntie Nikale and your cousins Jack and Kate at Stacked (not a spin off of Hooters), and Auntie Nikale said, "You're pregnant!" I told her that I wasn't. She insisted claiming she has a sense about these things. I insisted that I wasn't per the negative pregnancy test. Your Auntie Nikale, as I'm sure you've come to know, doesn't like to be wrong (a common trait among older sisters), so she continued to persist. A couple of nights later, I decide to test your Auntie Nikale's sixth sense, and I took another pregnancy test -- POSITIVE!! I immediately woke up your dad to tell him the news (I may have called your Auntie Elizabeth first (smiley face) and possibly your grandma (bigger smiley face)). "I'm pregnant!" "You're pregnant?" "Yes!" He smiled and said, 'I'm so excited; I don't think I can go back to sleep!!!!" And then he face planted into the pillow and went right back to sleep. It was like Groundhog's Day...he was sleeping so soundly, you would think I had delivered the exact same disappointing news that I did a few nights before. Your Auntie Nikale was right (as older sisters usually are (wink wink))!