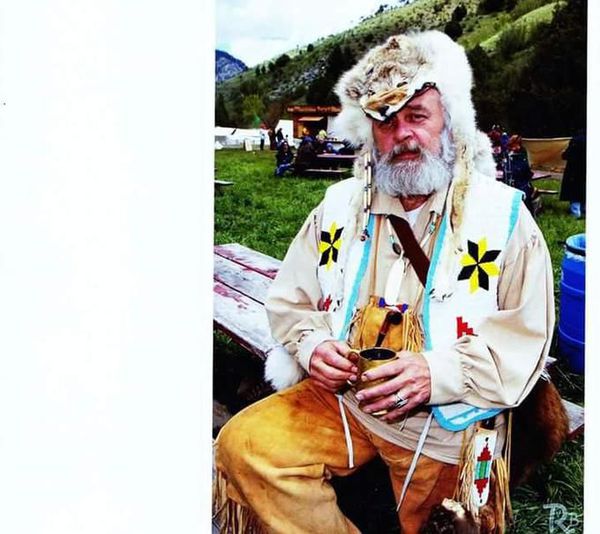 Ric passed away suddenly in Lacedale Ms. He was going to spend the winter in Alabama with his dad Russ and spend some time with his son Ray and family.

He was born and raised in a beautiful small town named

He married his first wife Tina Snow in 1978 or 1979. They had five children Ryan, Ray, Tearya, Tyffieny, and Tammy. They later divorced.

A few years later he met Carol. She had Kevin and Shannan Muirhead. They  started

dating in 1992. Shortly after they started dating, we moved from Tooele to Salt lake city. On December 17, 1994 they got married at the Grantsville county courthouse. (I was late and i was harassed all the time for it.) That was the first day I called him Dad. He cried and so did I. He became a big part in both my brothers and mines lifes. He showed so much compassion, love, discipline and laugh.

He taught Kevin how to be a good dad to his kids.

up as a mountain man and going to rondevous with uncle Danny and Robert. He got a job at Heritage park after a visit we took there. He went  dressed

up and everyone kept stopping him for pictures and he just loved taking the time to talk with them. He worked there for a few years and he also played father Christmas, a prospector, a train conductor and a story teller.

He was in a bad car accident in January  2013 that almost took his life. It seemed like since that day it has been a roller coaster ride. He was in the hospital for a month. He had to undergo many surgery's and treatments. Carol also health  issues at the  same

time. I spent many nights at the hospital with each of them. sometimes at the same time.

In December 2013 he had to undergo a triple bypass surgery.

On Jan 13, 2014 mom and the love of his life passed away. Our hearts all broke our hearts into  pieces

. We all wanted her to stay forever, but her body just wouldn't let her.

regretted that they never got to travel like they wanted.  We had lived in Yellowstone for a summer and we moved to northern California for a while but they  always

an R.V. or trailer and travel the country together. So he decided he was going to do it with us. So together Dad, Dana, Addy and I bought a travel trailer and set off to Michigan. Mom was with us the whole time. He loved to show us some of the places he had been before. We were excited to meet his family out there.

We lived with mom and dad to  help

them out for the last few years but I am grateful that we got that extra time with them.  Even

long nights at the E.R. with dad and we would just talk for hours.

He moved back to Michigan in August 2015 to  spend

time with his family. It was hard to let him go but I knew he needed too. I am grateful he did get that time with them.

I cant. I will hold on to them in my heart for the rest of my life and thank them for all of the lessons they taught me and my daughter.

you so much dad. You and mom can take care of each other now. I love you.