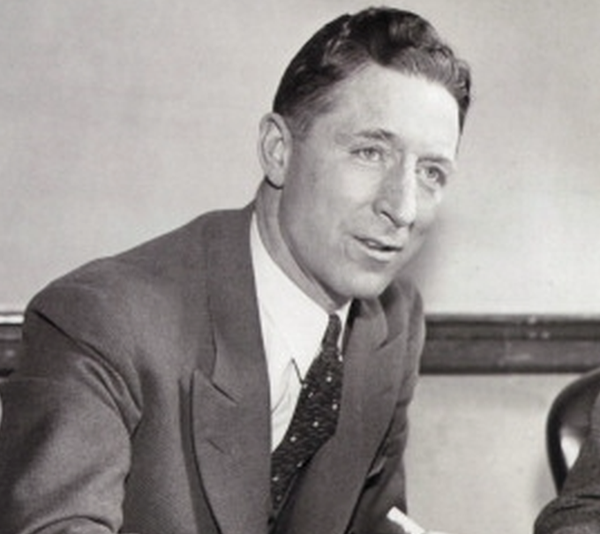 By Frank Graham, The Sun

From the foreword of Red Dutton's book, HOCKEY, THE FASTEST GAME ON EARTH.

There was a time when I had a profound dislike for Red Dutton.  That was before I knew him. He was with the Montreal Maroons then, and whenever I saw him he was manhandling the Americans or the Rangers.  So, naturally, I did not like him.

But I admired him.  I had to.  I like my hockey rough, and I never saw any one who could flatten an enemy player or pinwheel him into the promenade seats as deftly as he could.  Later, when he came to the Americans, his work not only was quite admirable but, so far as I was concerned, was more enjoyable.  It was great having Red on our side.

It was then that I got to know him.  I suppose that my first sensation, on meeting him, was one of surprise that such a fearsome fellow on the ice could be so mild and pleasant in the dressing room.

Later, I was to discover that there was much more to Red as a hockey player than his bruising charges, his gallant stands and his amazing elbows, with which he could knock a man flat as a pancake.  There always was such a dash and chatter to the guy's play that I hadn't realized the sound strategy behind every move he made.  Still later, when he had become manager of the Americans and I had occasion to ask him about critical plays in games won or lost, I learned that he was one of hockey's most articulate exponents.

It doesn't follow that a great player can talk intelligently about the sport in which he shines or impart his knowledge of it to others.  As a matter of fact, with many great players, the things they do, are so instinctive and, in the bargain, they are so befuddled when it comes to trying to teach any one to do the things they do, that they are complete flops as managers or coaches.