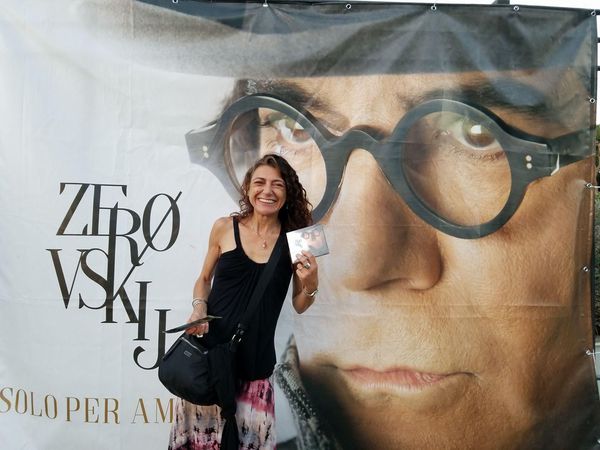 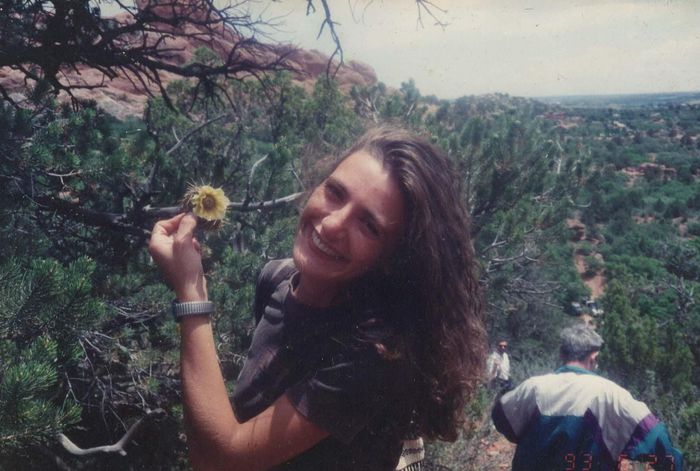 Silvia Pierini Dunn, a loving mother, wife, sister, and daughter, passed away surrounded by family on ­­­­November 15, 2020 at the age of 51, after a yearlong battle with cancer. Silvia is survived by her mother, Adriana Marcucci; her husband, Richard; her two children, Elzo, and Giulia; and her sisters, Maria Paola and Carla. She is predeceased by her father, Franco Pierini.

Silvia was born on June 28th, 1969 in Rome, Italy, to Franco and Adriana Pierini. She attended school in Rome graduating in 1988 from the Liceo Scientifico Statale J.F.Kennedy. Shortly after graduating, she took a position at the Vatican Museum. In 1993, she traveled to Denver, Colorado with the “Vatican Treasures” exhibition where she met her future husband Richard E. Dunn. On August 13th, 1994, they were married in Rome and moved back to the United States.

In the summer of 1996 they moved to Philadelphia, Pennsylvania where they would plant roots and raise their family. On October 18th, 1996, her son Elzo Franco was born. Three years later, on September 21st, 1999, she welcomed her daughter, Giulia Roma - both continue her legacy of kindness and passion for life.

In 2001, Silvia started a business of interpretation, translation, and private language instruction. Much of her work was with families with disabled children that came from Italy for therapy. Her intelligence and warmth were a perfect fit for this work, and she developed lifelong bonds with many of these families. In between translation work, she taught Italian courses at the County College and did work for the local school district. In 2014, Silvia made a career change and started working for the University of Pennsylvania as the Classroom Scheduling Coordinator. She would then move on in 2017 to become the Coordinator of the Religious Studies Department.

Silvia was a passionate, generous, loving, and strong woman who left a path of happiness wherever she went. Her family was her pride and joy. Of all her accomplishments, she was most proud of being a mother, not only to her own children, but to all who needed a mother figure. She was active in her community, volunteering with the PTA, the soccer club (we can still hear her screaming in Italian from the sidelines), and with the performing and visual arts programs. She loved to travel, shop, and spend time with her family. Her vibrant spirit brought excitement and joy to everything she did and will be missed by her family and all those who knew her. Her resilience and sunny outlook on life is one that was respected and admired by all who met her. She will be missed.

My favorite memory of Silvia was soon after she moved to the United States. Silvia and Rick had recently gotten married and she was getting used to American life. It was a brisk fall evening and the four of us(Rick Silvia, Sharon and I) wanted coffee. A new coffee shop had opened in Cherry Creek so we piled into their Volkswagen Gulf and headed down to Cherry Creek. Silvia was still used to driving the Roma way, and trying to adjust to our slower way of driving. Now Silvia was an expert driver but sometimes we would have to remind her that we drove just a little bit differently. We pulled up to the coffee shop and there was a tiny space in front of the shop available; she did not want us to walk far due to the cold weather, so she decided to park the car in that small space. We all tried to tell her that there was no way we could fit, but she was undeterred. She backed in tapped the car behind us pulled forward within millimeters of the car parked up front. She turned to us in the back seat and said confidently” We’re in, get out.”
That was Silvia she always did everything with gusto and a little bit of humor. We still say that every time we have tight parking. Love you Silvia, thank you for sharing your life with us, miss you forever. Dori and Sharon

Sylvia was the most compassionate person you would ever meet .She loved to be at her kids’ sporting events and cheered for the whole team . Working with her was fun and you could feel the passion she had for the students ,at the schools she worked at . If you needed to talk to someone , she was your go-to person . She always had an open ear .
After we moved we lost touch , so it was a shock for us to hear her struggle and that she lost the battle to cancer . We’ll miss her smiling face and her bubbly personality. RIP Sylvia ,we’ll never forget you ! The Kobsar family ❤️ Prayers to Rick, Elzo,Giulia and the family overseas

I still can't believe it.

Such a beautiful life story, Rick. I’m so very sorry for your loss. Hugs and love to you, Elzo and Giulia.